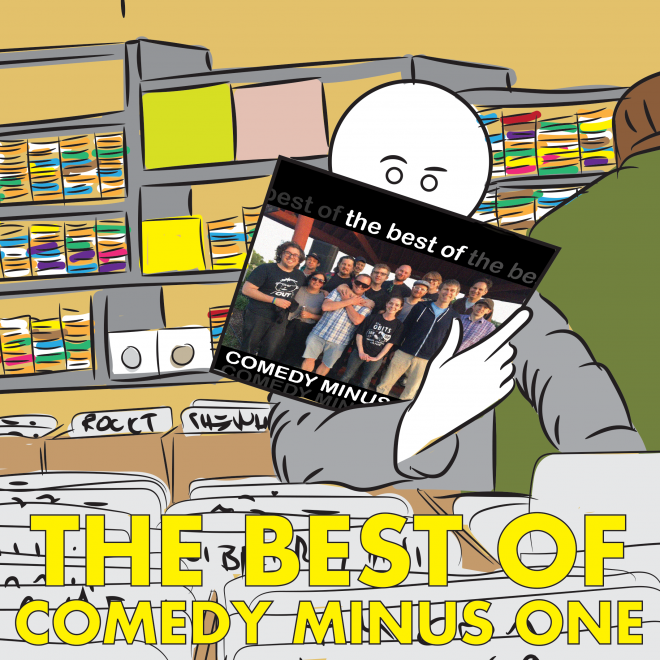 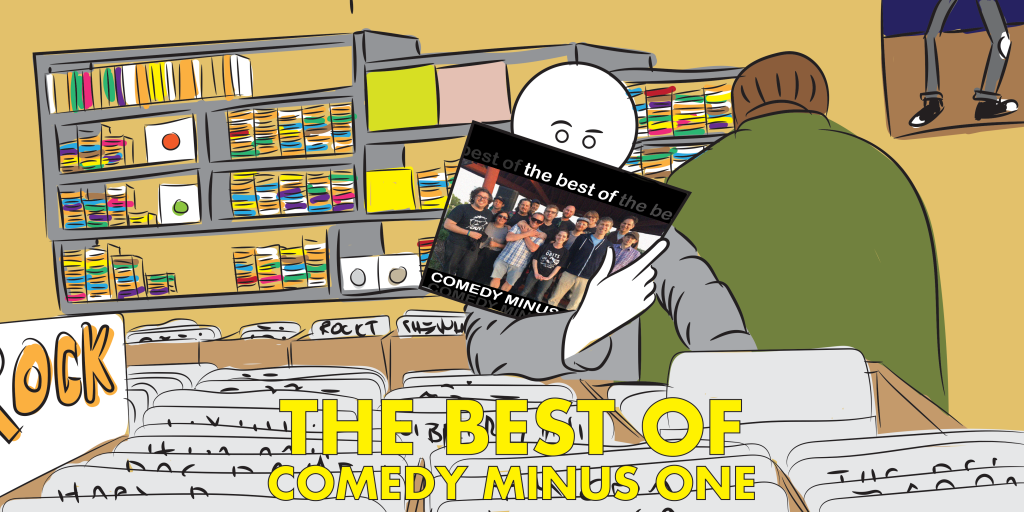 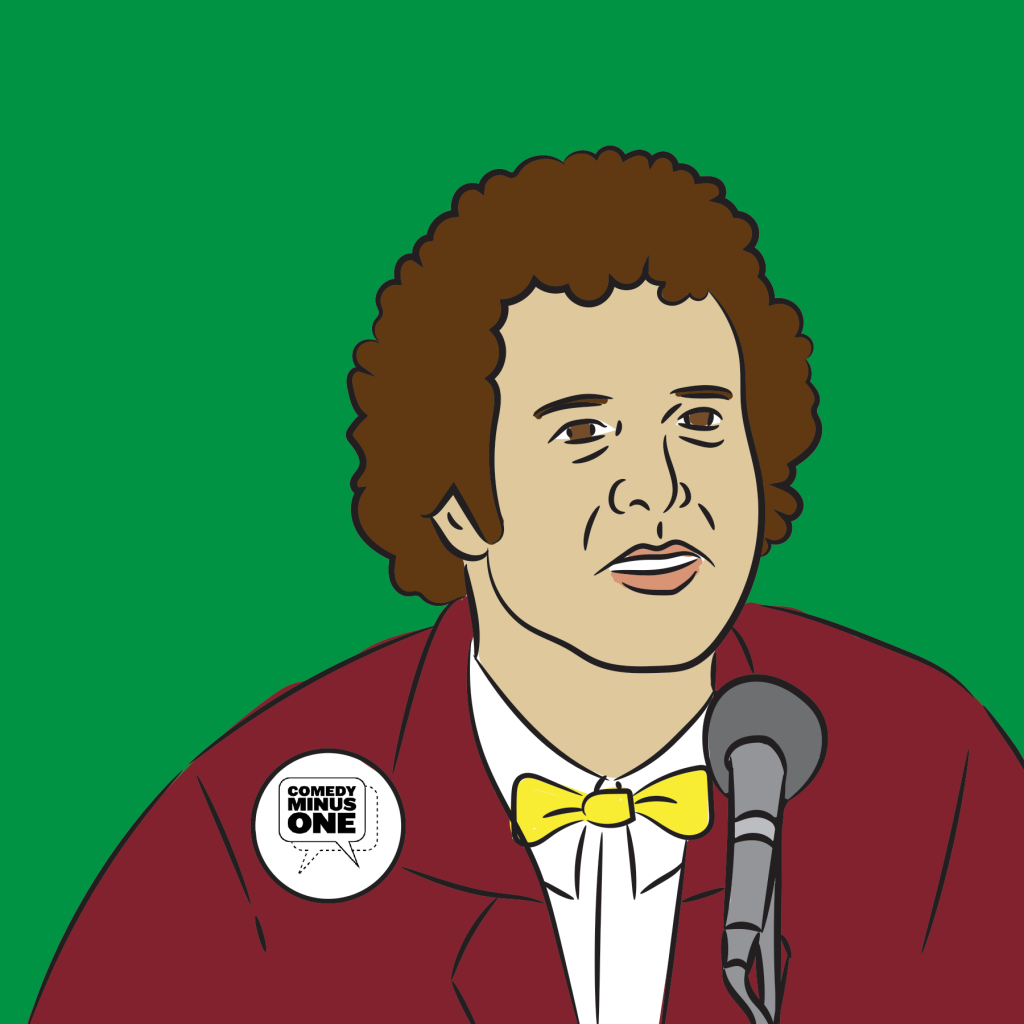 Thank you. Hello, and congratulations on your decision to read this post. This post is a combination of material. Some recorded live at the Troubadour in Los Angeles, some recorded elsewhere.

The label that released all these songs is called Comedy Minus One, but more about that later.

I would like to say that during the live portion of this post, no laughter has been altered in any way, shape or form.

As a matter of fact, I have with me here a notary public who will swear to this fact.

You’re a notary public? And you swear to this fact?

Well, that’s just about it.

Without wasting any more time, let’s go now to the songs. 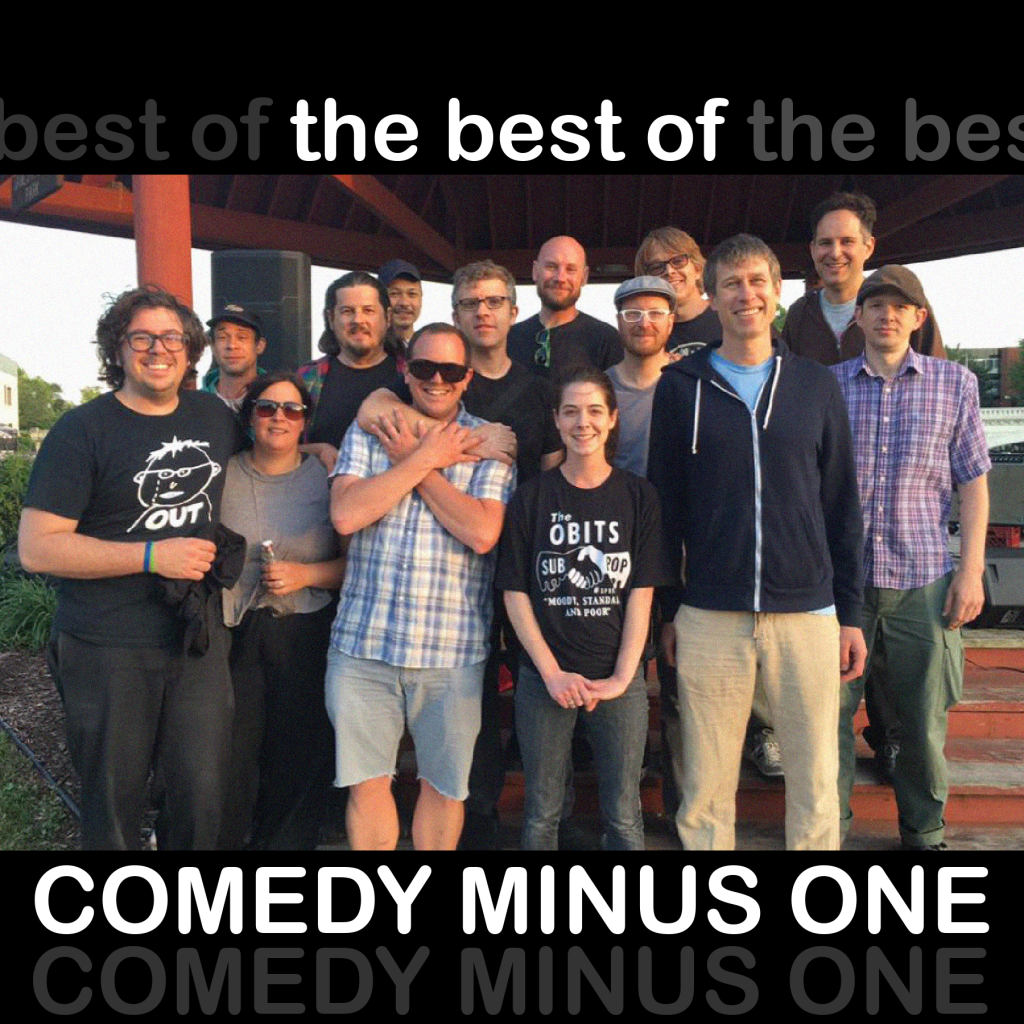 Thanks a lot, Albert.

First of all, just to be clear, none of these songs were recorded at the Troubadour. Not sure where you got that idea.

They were all released by Comedy Minus One, however.

That much is true.

Up first are Pittsburgh’s favorite clowns The Gotobeds with the single version of “New York’s Alright,” collected on “Fucking In the Future +5” along with the band’s demo and several other out-of-print tracks. If there’s a better A-side from the past four years, please let us know so we can start every 5K we run with that song instead.

As heard on Brooklyn 99 (quietly, in the background at a crowded bar), “Shiny Destination” is an anthemic album opener by South Bend, Indiana pride and joy The Rutabega off of “Unreliable Narrator.” We’re shouting along with this one as we type and can’t wait to hear what their next record holds.

When Ryan Nelson moved back to DC, the three members of Minutes who stayed back in Kalamazoo joined TJ Larmee to create OUT – a foursome that quickly became Nelson’s favorite band.

After OUT played one of their first shows in Chicago, an attendee made a beeline from the crowd to where I was standing after the band was done and told me I was putting out their record.

It was more of a threat than a demand, but my mind was already made up.

Anthemic and intimate, plus the best folks I could ask to work with.

Another album opener, this from Andy Cohen of Silkworm / Bottomless Pit’s first solo record, with Light Coma backing up as his Crazy Horse. One of those chorus-less songs that continues to build and compel as it unfurls. “Gold, iron, your daughter’s hair” – I think about these lyrics a bunch.

Speaking of Silkworm…getting to work with your favorite band is one thing, getting to do a definitive re-issue of your favorite record by your favorite band is another thing entirely. Well worth the years spent finalizing layout and tracking down previously-unheard live recordings. A joy to see across the finish line. In 2019 we’ll be doing the same thing with SKWM’s “In The West” as well. Get ready.

Karl Hendricks was one of the best songwriters of this generation (or any other) but he was an even better father than he was a musician, and a thorough inspiration to me as a husband, dad, artist and business owner who carried himself with a quiet dignity through some unspeakably lousy times. He died in 2017, and this is a beautiful song from what ended up being the final Karl Hendricks Trio album. Boy, I miss him a bunch.

A killer cut off the debut SAVAK LP. These here are dudes from Obits, Edsel, The Cops, Nation of Ulysses & Holy Fuck who have since gone on to a pair of records on Ernest Jenning and many a tour all over the place.

Someone in Eleventh Dream Day found a DAT from the early 1990s containing demos that would later go on to be re-recorded for the album “El Moodio” and posted a photo. “I’ll put it out,” I commented on the page of one of my all-time favorite acts. Little could I expect then that this would be the germ that would lead to this record, a collection of unreleased material (such as the song “Thinking Out Loud”) and full band tracking of gems that would make up a classic LP which the band had perplexingly forgotten existed.

Here’s another record to thank the Internet for.

A pal does a great “best of” list at the end of each year. I knew most of the albums at the top of said chart in 2013, but not TV Colours. Two songs in to a first listen and I felt strongly that this needed to be released domestically. This is a LP I would have loved when I first encountered Aussie punk and something that still thrills me now.

For “the kids” and about “the kids,” capturing the electrifying, agonizing, alienating, turgid miasma of youth. I want to put it in the ears of every young person with tattered jeans and badges on their jackets to reassure them that it will take longer than they like but eventually it all will be fine.

Tim Midyett began Mint Mile when he started writing songs that didn’t quite fit what Bottomless Pit were doing sonically. One such composition is “Disappearing Music,” which goes back to at least 2007 in demo form – if not further!

As a non-songwriter, the process is fascinating and alien to me. This track went through myriad iterations (it would be fun to collect them all to show how things changed through a decade) before finally ending up on the third MM 12”.

Fun fact: After all that, “Disappearing Music” nearly got subbed out for a different tune at the very last minute!

So glad it didn’t.

When I think of Minutes, I think of two specific moments – both quite fond.

The first of which is hoisting a can of seltzer water to the skies in appreciation as they played the above anthem at an abandoned Chicago pizza parlor in 2014.

The second of which is the following photo from just a few weeks back right before Minutes went on, surrounded by so many people I love having the best of all possible times. I’m in there somewhere, another seltzer in hand.

Then we all sang along to every song. 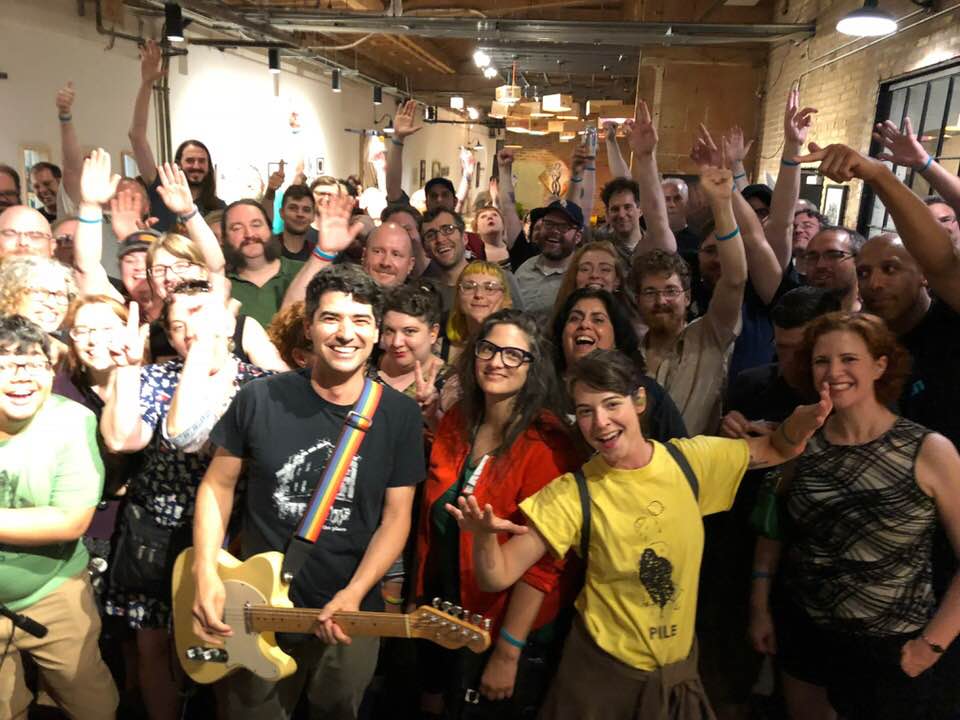 Some artists have “that voice.”

“That voice” which cuts right into you and will make you listen to anything they’re a part of in perpetuity.

They all have “that voice.”

So too does Joel R.L. Phelps, haunting and singular – no more so than on this heartbreaker.

I remember rather clearly that I was driving to Ithaca, NY in 2010 in a snowstorm with my dad, with this song in my headphones, when I decided to help put out the Tre Orsi record.

Tre Orsi is somehow Italian for both “I prefer the grass to the concrete” and “This is not the goddamn House of David fuckin’ baseball team.”

I’m trying hard not to make this post too mournful, but it isn’t easy.

Since he was killed in 2005 I think about Silkworm drummer Michael Dahlquist every day. A little more than two years after such horrible news, Tim and Andy from SKWM had processed their feelings into record under the name Bottomless Pit. When I heard it in full for the first time, I was overwhelmed and saw it as the impetus to launch a new label called Comedy Minus One.

One of the most powerful albums about loss I’ve ever heard, but one of those things so many of us wish didn’t exist at all. Bottomless Pit’s debut begins – and this post ends –  with “The Cardinal Movements.”

Thanks so much for listening to a compelling cross-section from the Comedy Minus One catalogue. I’m real proud of these releases, and how they fit alongside what else we’ve put out and what we’ve got planned for 2019 -> beyond.

License a track, won’t you?

Since he was so nice to introduce this post, let’s wrap up with a quote from Albert Brooks, whose first album “Comedy Minus One” inspired the name of the label:

To single any one of you out individually would be a big mistake.