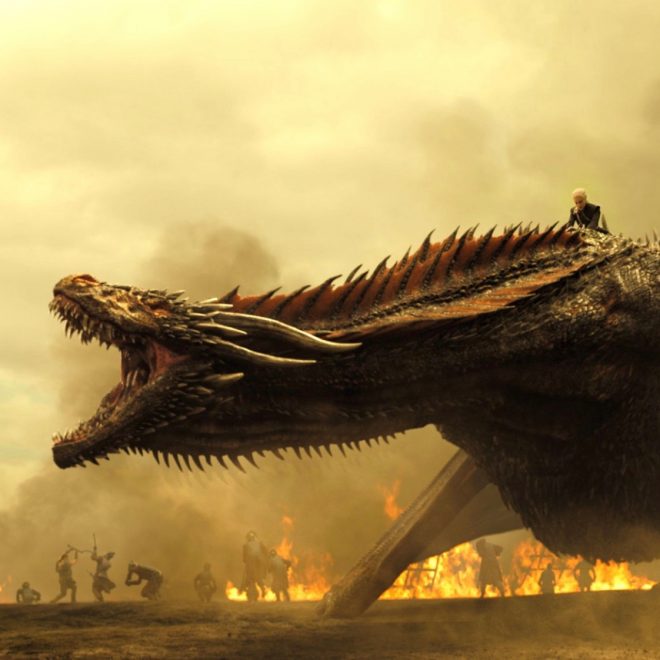 While many things that came out of last week’s HBO hack, one of the notable leaks was the reveal that I am music supervising the final 9 episodes of Game of Thrones! More shocking were some of the interesting new directions the show is going and its decision to start using modern day jams. No one was more surprised than me, but I was more than ready to jump into my next supervision gig, fresh off of 13 More Reasons Why!?. Since most of this has leaked anyways, here are some of the notable uses that will be overlaying the final episodes of the series. (Warning: FAKE SPOILERS AHEAD!)

The long night finally comes, and in the darkness we catch a rare glimpse into the private lives of the white walkers. After a long day of marching we cut to a good old-fashioned frozen dance party (in the dark, of course). They’ve got some surprisingly awesome moves!

After Littlefinger’s “Everyone is your enemy, everyone is your friend” speech to Sansa, we get a long montage of her becoming besties with the people of Winterfell…and then feeding each and every one to the pack of hungry dogs – Ramsay Bolton style. Perhaps she took his words a bit too literally…? On the flip side, no more mouths to feed during the long winter!

As Daenerys once said, “Theyre all just spokes on a wheel…I’m going to break the wheel.” The show decided to go very literal, and we have a scene where Dany is just breaking wheels on Dragonstone. Purpose? Unknown. Exciting to watch? Not at all! But boy does it pair well with that quote, and this jam by Chris Staples!

In a quick solution to the series now disregarding the logistics of time it takes for characters to travel from one place to another, it is suddenly revealed that all the characters have the ability to teleport! Sure, its a stretch…but no more long marching sequences or boat rides wasting our precious time!

Deciding two are better than one Arya pairs up with the Hound for more vengeance. However, inspired by her recent run in with Ed Sheeran, the two decide to start their own musical group, a hip hop duo by the name of H.A.R.M. (Hound & Arya Rule & Murder). The two now focus on slaying the music charts rather than actual people.

In an effort to infuse a little more romance into the final episodes, the series finally gives us the romantic pairing they’ve been teasing for years! Cersei kicks Jamie out of her bed for her one true love, The Mountain. It’s the only thing we can imagine more uncomfortable than her love of incest.

Jon Snow and Tyrion still resisting an attack on King’s Landing still want to send a message to Cersei that she won’t soon forget. After days of conspiring, the two finally settle on the perfect plan. The next morning Cersei opens her door to find a flaming paper bag filled with direwolf poo. (Classic!)

Well it was bound to happen, the white walkers finally tear down the wall (take that Trump!). As it comes crashing down it casts major tremors throughout Westeros, and I don’t mean earthquakes. I mean those pesky underground Tremors that took a liking to Kevin Bacon! Who saw that coming!?

The final episode of the seventh season is a completely Dragon-centric episode. We spend the episode watching them fly to a strange but somewhat familiar land. All leading up to a meeting we didn’t even know we were excited about! Deciding they needed more power for the final battle, they fly into middle earth to recruit their old friend Smaug! I love a crossover!

Major series finale spoiler ahead!! You’ve been warned! In the final shot of the series we pan through Winterfell, and find ourselves inside of a familiar room. There we see a young Bran Stark awaken from his temporary coma after being pushed out of the tower. Turns out, the entire series has been one long dream sequence. And you thought it was bad when Dallas did that with one season….

Well, thus wraps another supervising gig for me, and the end of the series that won my heart! I’ll be back next time when I’m working on my next project (which usually happens when John goes on vacation….) Until then!
xoxo,
Derek
View All News