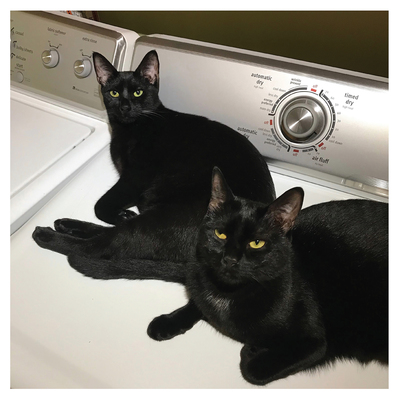 Sam Prekop and John McEntire are two artists, who together and as individuals, have expanded the definition of rock. Each is acclaimed for their singular musical voice and for their sonic innovations. Beyond their work together in The Sea and Cake, Prekop has garnered acclaim for his solo releases in ensemble or on modular synthesis, as well as for his visual art and photography. McEntire is one of the most celebrated engineers, composers, and drummers in forward-thinking music. With nearly three decades of experience working together, this is their first full-length collaboration as a duo. It was something they both have wanted to do for a long while, and a natural fit for two artists drawn to incorporating electronic music into rock and jazz contexts. Sons Of finds two master craftsmen working at the nexus of pristine production and skillful improvisation, forging compelling narrative arcs into glistening metropolises of infinite pulse.

Sons Of is as sonically curious as it is inviting. The elaborate array of synthesizer modules, samplers, trigger pads and effects which the duo implement all serve as potent tools in unearthing unique textures and untapped worlds of possibility. Over the album’s four pieces Prekop and McEntire apply their intrinsic understanding of pop architectures to create dynamic movements. Their sound is one of transformative fluidity, each passing beat marking a sense of familiarity while the surrounding atmospheres are in constant flux. A steady pace to the tracks allows space for new sounds to breathe and evolve. Ever-shifting tonalities and magnetic grooves propel the music with persistent momentum without feeling hurried. Throughout the album, the duo exudes a spontaneous ease, unafraid to settle into a particular cadence or veer into entirely new directions on a dime.

The duo’s collaboration first took shape across a series of shows in Europe during the fall of 2019, all entirely improvised. Prekop and McEntire set themselves basic parameters such as tempo and key center and allowed their instruments to intertwine freely, tempered by their deft instincts as improvisers and listeners. “A Ghost at Noon” is taken from one of these early performances and illuminates how immediately in-sync the two were, with Prekop’s The Republic-era hiss slipping beneath melodic twirls in tandem with the bounce of McEntire’s increasingly rhythmic complex percussion. Tracks “Crossing at The Shallow” and “Ascending By Night” move with the same inquisitive grace despite being molded through remote collaboration with Prekop and McEntire respectively sending each other the base of one track and allowing the other the space to react to the whole. The album’s most expansive piece “A Yellow Robe” began as an improvised performance at Chicago’s Constellation in late 2021. Originally intended to be presented as purely improvisational, technical issues in the recording created an opportunity for the duo to step back to refine the sonics and employ finer details while retaining the narrative flow of the live performance. The resulting epic contains multitudes, from head-nodding throb to springy glitches and moments of euphoric bliss.

Prekop and McEntire’s Sons Of is a thrillingly diverse journey and a masterclass in longform music that reveals nuance at each listen. By concentrating their considerable skills as both creators and curators, the duo have crafted an album abundantly vibrant, an intoxicating exploration of pure inspiration and intuition. 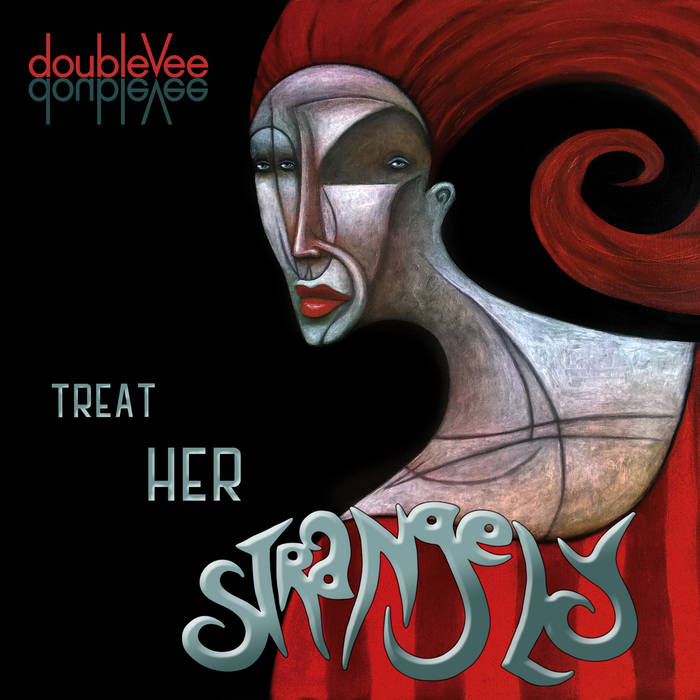 Husband-wife duo doubleVee have announced new album Treat Her Strangely for July 15th, 2022, with singles coming up in May and June. Like many musicians who have persevered during the pandemic, their nine new songs were written and recorded while staying holed up in their home studio as much as possible.

Allan Vest and Barb [Hendrickson] Vest both had backgrounds that made for a good match in music when they started working together in 2012, including Vest’s contributions to the band Starlight Mints and TV and film placements and Hendrickson’s long stint on public radio creating a film music program. They released a concept album as their debut album in 2017, The Moonlit Fables of Jack the Rider. Their follow-up EP Songs for Birds and Bats was released in 2019. 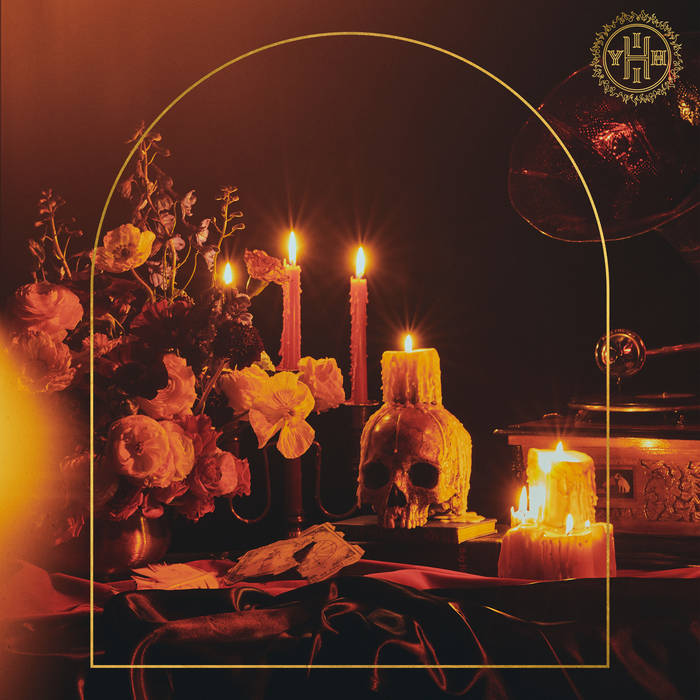 Senses Fail "Hell is in Your Head"

Senses Fail have announced their highly anticipated eighth album “Hell Is In Your Head”. The album is set for release 15th July 2022 via Pure Noise Records. Co-produced by Saosin’s Beau Burchell, ‘Hell Is In Your Head’ marks the band’s first studio album since 2018’s “If There Is Light, It Will Find You”.

Having a kid changes you. Ask most new parents and they’ll say that when you bring a child into the world it instils in you a previously unimagined perspective on existence. Some even go so far as to say that it makes life make sense, that it gives it a purpose. For Buddy Nielsen, the sole remaining founding member of Senses Fail, it’s also made him think about his own mortality more than ever before. That started during his wife’s pregnancy, but it’s persisted ever since. As such, he’s found himself staring directly into the black abyss of his mortality a lot recently. It’s that heightened sense of his own impending doom that’s at the centre of “Hell Is In Your Head”, the band’s eighth studio album.

“My wife had a pretty serious childbirth”, he says. “I don’t want to say she almost died but it was pretty scary for a minute. And the relationship you have to have with your child is just a constant letting go of yourself in ways that you didn’t necessarily perceive you needed to. I’ve had to start to come to terms with my own death because my daughter, who’s now four, keeps asking about it. So this felt like an opportunity to maybe address grief and how we process being – how do you have a kid, how do you be alive, how do you continue to live a meaningful life while also knowing that you’re going to die?”.

It’s those questions and more that “Hell Is In Your Head” explores and attempts to answer across its 11 dark, brooding songs. It does so in two very distinct halves. Five of the first six tracks take their titles from the five parts of TS Eliot’s “The Waste Land”. They aren’t based on the 1922 poem per se, but they’re set in its world, and use that setting as a foundation to explore those topics in a more philosophical, abstract and timeless sense. Nielsen, in fact, says he views these songs: “more like a play”. That’s why the portentous, gloomy, atmospheric opener has “references to exiting and entering the wings of a stage”.

The second half of the record takes place more in the setting of the real world. Rather than pondering the philosophical nature of death, its songs are more of a real-time observation of it; tackling both the impending extinction-level threat of climate change and the contemporary political dystopia in the USA.

Needless to say, the album covers a lot of ground, and does so equally as emotionally as it does so cerebrally. Throughout, it weaves both Nielsen’s natural emotions and existential neuroses, and his philosophies as a practicing Buddhist into the very fabric of these songs. Not only are its two halves separated thematically – yet also still bound by the concept of death – Nielsen ensured that they’re also split musically. The “Waste Land” section is minor key, the second in major. The result is a musical journey that embraces the darkness of its subject matter, but then learns to let go, that indulges in plenty of existential self-reflection, but which also zooms out to paint a more widescreen picture. 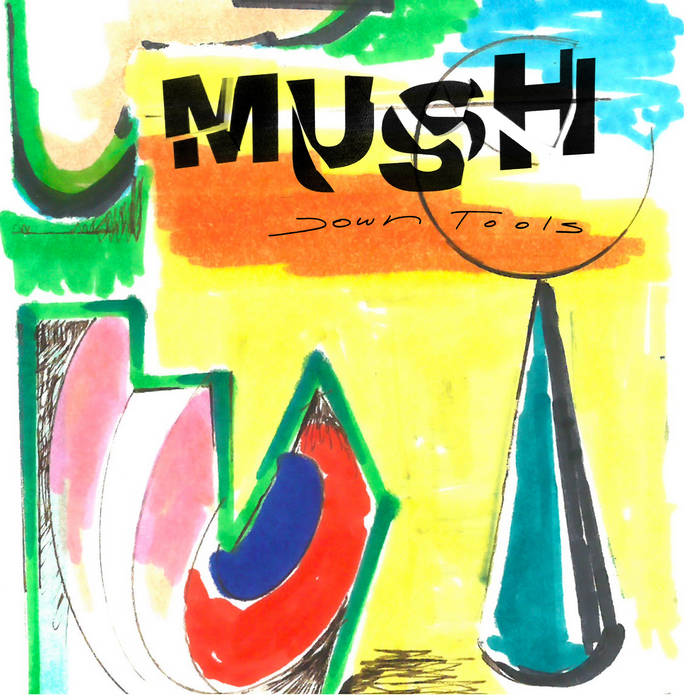 Leeds, UK band Mush have announced their third album, Down Tools, which will be out July 8 via Memphis Industries. (Their previous record, Lines Redacted, came out in February 2021.) This is the first album they’ve made since the death of guitarist Steve Tyson in 2020, and they once again worked with producers Lee Smith and Jamie Lockhart (Yard Act, The Cribs). “They let us do whatever we want within reason, we have fun and you kind of forget they are actually both amazing at what they do,” says singer/guitarist Dan Hyndman. “So much of the guitar had to be improvised in the studio which was stressful but also intrinsic to creating the non-linear vibe of some of the stranger tracks.”

The first single off the album is “Get On Yer Soapbox,” which is powered by an off-kilter earworm riff and Hyndman describes as “a righteous wig-out number, like ‘Alternative Facts’ but with more cowbell.” He adds, “All the solos are improvised and I very much doubt I will ever be able to recreate them live, you can hear the track going off the rails which is something I’ve found exciting on records. Lyrically again it’s a kind of re-purposing of an old idiom which I like to do. Generally being ‘on your soapbox’ is considered to be a bit of a slur but I think a bit of self-righteousness is warranted from time to time, especially with the shower of shite we’re dealing with.”