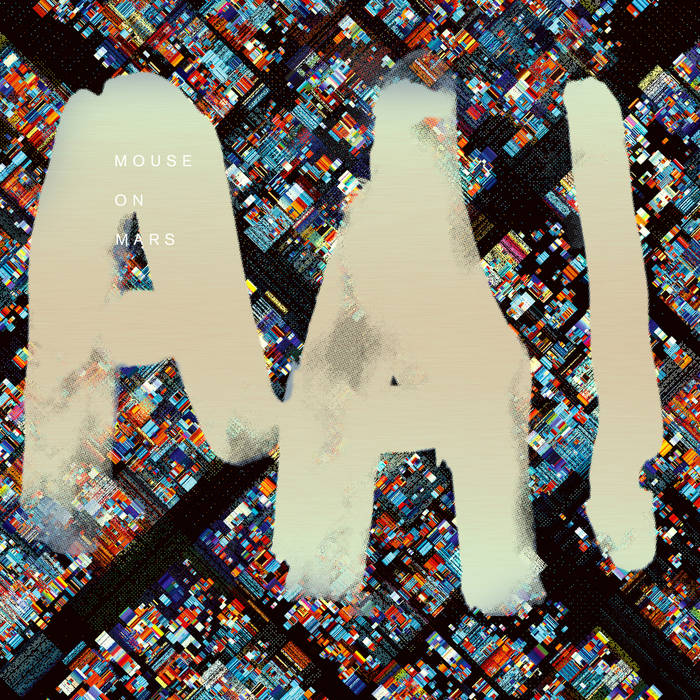 AAI compiles some of the most immediate and gripping music in Mouse on Mars’ extensive catalogue. Emerging from a primordial ooze of rolling bass and skittering electronics, hypnotic polyrhythms and pulsing synthesizers propel the listener across the record’s expanse. Hidden in the duo’s hyper-detailed productions is a kind of meta-narrative. Working with AI tech collective Birds on Mars and former Soundcloud programmers Ranny Keddo and Derrek Kindle, the duo collaborated on the creation of bespoke software capable of modelling speech. What appears to be Louis Chude-Sokei narrating through the story is in fact the AI speaking. Text and voice from Chude-Sokei and DJ/producer Yağmur Uçkunkaya were fed into the software as a model, allowing Toma and Werner to control parameters like speed or mood, thereby creating a kind of speech instrument they could control and play as they would a synthesizer. The album’s narrative is quite literally mirrored in the music – the sound of an artificial intelligence growing, learning and speaking.