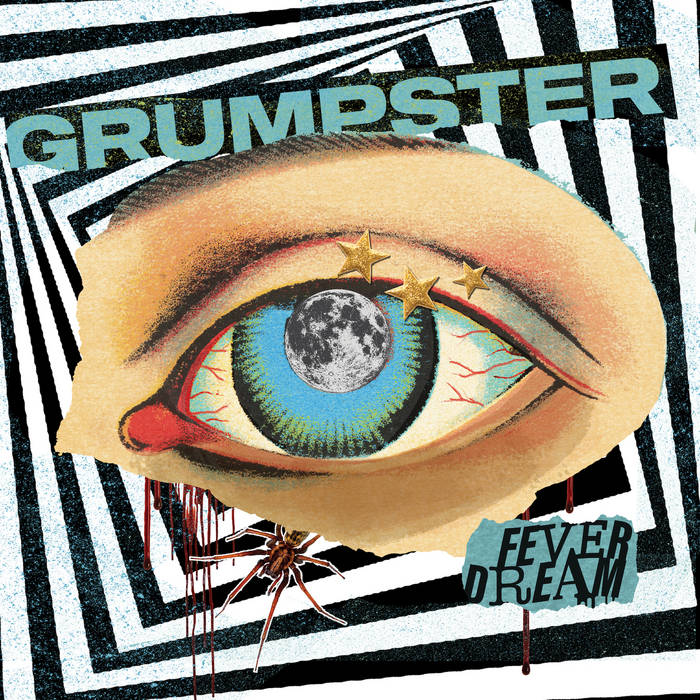 For decades, musicians have relocated to big cities like New York, London, and Nashville for their internationally renowned music scenes and histories, but Grumpster vocalist/bassist Donnie Walsh (originally from Salem, Massachusetts) moved to the Bay Area to chase the melodic punk sounds that were bred at the DIY venue 924 Gilman. It was there that he met guitarist Lalo Gonzalez Deetz and drummer Noel Agtane, formed Grumpster, and put out a few early singles and a split before quickly catching the attention of the iconic Asian Man Records, whose founder Mike Park grew up going to shows at Gilman and has said Grumpster brings him right back to the classic Lookout! Records sound. They released their debut LP Underwhelmed with Asian Man in 2019, before signing to Pure Noise for its followup, Fever Dream, out today.

The album was produced by Anti-Flag bassist Chris #2, who told the band he wanted to work with them after they did a livestream with Anti-Flag during lockdown, and it picks right up where Underwhelmed left off, but finds the band sounding even sharper, tighter, and catchier. Like the debut, Fever Dream sits nicely next to early Green Day and Operation Ivy and The Mr. T Experience and others of that ilk, but it also has a fresh indie-punk vibe in the vein of more modern bands like Lemuria, Tigers Jaw, and Joyce Manor. It’s a no-frills, hook-filled record, and if you like punk songs with good melodies, you should give this record a spin.