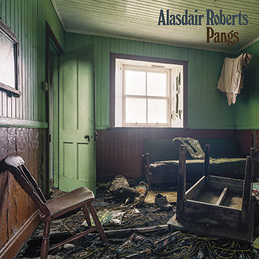 For 15 years now, Alasdair Roberts has been writing and performing songs so timeless that it’s impossible to tell if they were written yesterday or hundreds of years ago. Sure, his Scottish brogue helps add to the ancient sound of his songs, but it’s more than that. He has been known to cover traditional songs from time to time, but his own songs match up with those perfectly. On his latest album Pangs (Drag City) he has cast aside the all-acoustic nature of his last album to include some electrics along with the fiddles and other instruments. Check out the Shakespearean lilt of “The Downward Road.”