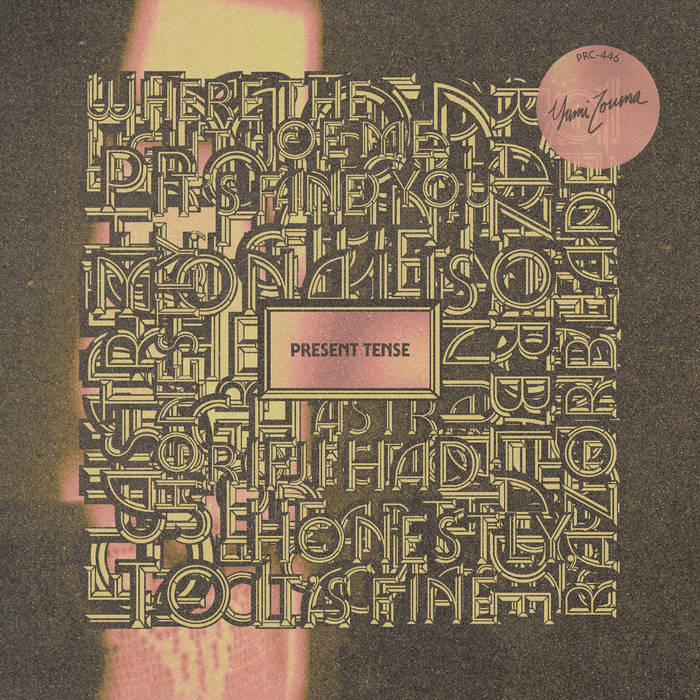 Yumi Zouma, the collaborative long-distance project originally created between friends online, have been self-producing their infectious blend of delicate pop tapestries by way of home recordings since the release of their debut EP in 2014. Composed of vocalist Christie Simpson, bassist / vocalist Josh Burgess, guitarist / multiinstrumentalist Charlie Ryder, and drummer Olivia Campion, Yumi Zouma have returned with Present Tense, the band’s fourth and most comprehensive studio album. On Present Tense, Yumi Zouma bolster their sonic palette with an arsenal of live drums, grand pianos, orchestral strings, and woodwinds, to develop a sonic confidence that has grown with the release of 2017’s Willowbank and 2020’s Truth or Consequences.

Recorded in between Los Angeles, London, Florence, New York and New Zealand, Present Tense effortlessly glides between ballads like “Where The Light Used To Lay”, and bangers like “In The Eyes of Our Love” – arguably one of the most immediate songs the band has ever written. On “Mona Lisa”, the quartet adds to their vast collection of undeniable melodies, with Simpson’s adlibs and harmonies shining bright atop a battery of percussion and saxophones.