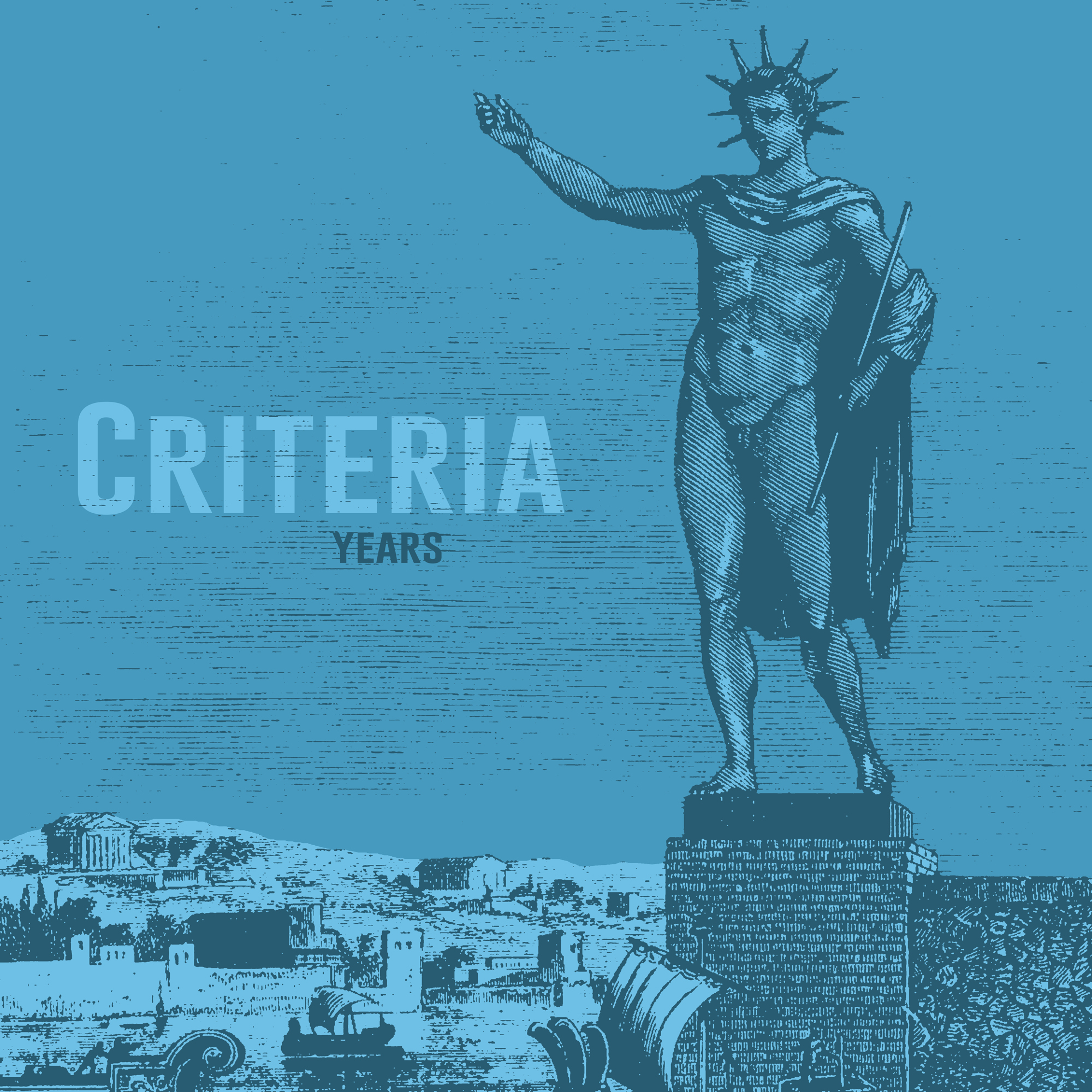 Criteria’s Years has been in the making for quite some time. No joke, like a really long time. But the album’s delay seems to be a badge of pride for the group, one that underscores the relentlessness of their collective vision to see it happen some fifteen years after the release of their sophomore LP When We Break (Saddle Creek).  The drums were tracked at Omaha’s ARC studios in 2014 and eventually the guitars and vocals were finished in Pedersen’s basement studio. Criteria’s own A.J. Mogis wore the hats of both bass player and producer/recording/mixing engineer. His production credits include Monsters of Folk, Fake Problems, Small Brown Bike, The Get Up Kids, Planes Mistaken for Stars, and Cursive. On Years, Mogis and Pedersen — along with guitarist Aaron Druery and drummer Mike Sweeney — have once again set the bar very high for self-produced rock albums. It has a sound that conjures the likes of both Quicksand and Built to Spill, with its high energy riffs/grooves under the catchy, melody-forward vocal lines.