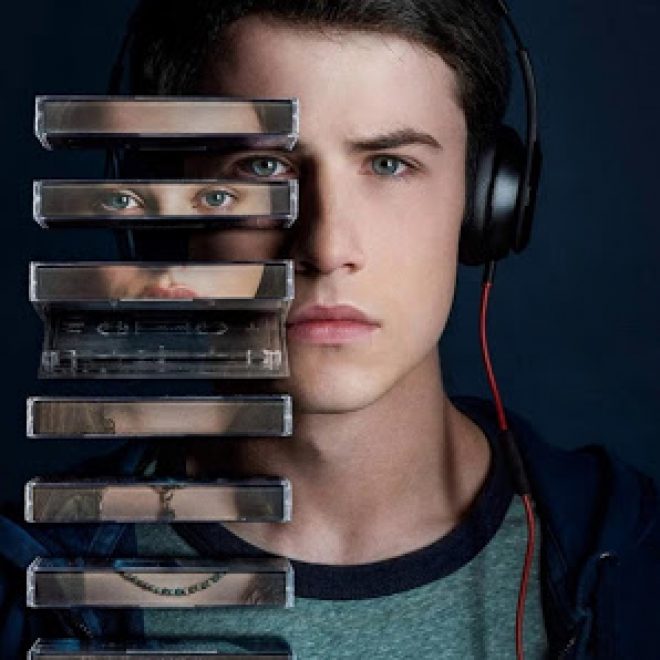 We here at Bank Robber have been swept up in the angst and mystery of 13 Reasons Why on Netflix. Did we (me) lose an entire weekend to it? Perhaps (Yes). Are we the target audience? Well, prolly not. But that doesn’t mean we weren’t losing sleep over how Clay could possibly be on those tapes! Don’t worry, we wont spoil it for you…

We can think of way more than 13 reasons why we loved this show, but we can’t help but focus in on the music (we are only human music licensors after all). Perhaps you weren’t keeping track but we had quite a few jams in this show, and we’d like to recall a few favorites. So settle in readers and welcome to your tape….

Remember the good old days (ep 2) when Hannah, Jessica and Alex had their daily coffee shop hangs and everyone’s biggest problem was too much caffeine? They were all so happy, and we were so happy about the great M83 being played over it:

Who could forget the infamous school dance? (ep 5) One of many things that started so promising for young Hannah, aaaand you guessed it…ended poorly. But Icky Blossoms got the party started:
And when Clay finally worked up the nerve to ask Hannah to dance, our first Eagulls placement made them both jump around. (Eagulls – “My Life In Rewind” shows up in episode 9!):
Next is a song so good they used it twice! You may remember this jam by LUH from such awkward moments as: Zach and Hannah’s silent milkshake at the diner (eps 6 & 7):

Then the moment we waited for finally arrived at the end of episode 10 when Tony reveals to Clay that Tape 11 is his!  The moment (and Tony’s hair) was even more intense set to Codeine’s cover of “Atmosphere” by Joy Division. Stream it here:

Ah, Justin and Jessica, or as we call them, Jussica… It all started so innocent and it all ended so dark, maybe it was his abs, its hard to say. This jam from Rogue Wave played over one of their last longing looks at each other (ep 13). Stream it here:

With no official word on a second season, I’m going to do a little music supervising over my own fan fiction for a potential second season: 13 More Reasons Why!? (Warning: Contains heavy spoilers from season 2!).

Just when Clay thinks he can begin to move on, he grabs his helmet ready for a long bike ride only to open his door to find….13. More. Tapes. He lets out a very long sigh and a major eye roll and slowly saunters back inside to order a cassette player off Amazon (Tony wanted his Walkman back):

Episode 2 opens with a long montage of the local police carting people off to jail, some seem fairly obvious: Sherri and Bryce. And some more unexpected: Tony, for impersonating a high schooler; Clay for failing to signal on his bike; The tattoo shop owner for seemingly giving tattoos to every sophomore in town; The movie theater owner for only hiring two kids to work every single shift, 7 DAYS A WEEK; and of course Clay’s mom for committing perjury (she will represent herself in court.):
In a shocking twist Tony’s hair gets it’s own car and storyline! That mane cannot be stopped! Who can forget the scene where it is speeding down the highway after it gets into a huge argument with Clay’s helmet, blaring this Sneaks jam:
Tyler now bored of creeping out the students at Liberty High, has opted for spying on an older crowd and begins stalking the parents. Check behind the pharmacy counter Mr and Mrs. Baker, cuz he’s always watching…:
Where did Justin run off to? That’s the question on everyones minds this season. In this scene we get our first clue when Jessica frantically texts him looking for answers. Cut to his buzzing phone lying on top of a football jersey…..for the town of Riverdale! (Special Crossover Ep!):

See you all for season 3: How Many More Reasons Can There Possibly Be!?!….

PS – I made a new Gym Jams playlist over on Spotify, time to get summer ready! Check it out here: https://open.spotify.com/user/bankrobbermusic/playlist/2GOodlOtvzeX6oWhiHKu1Y