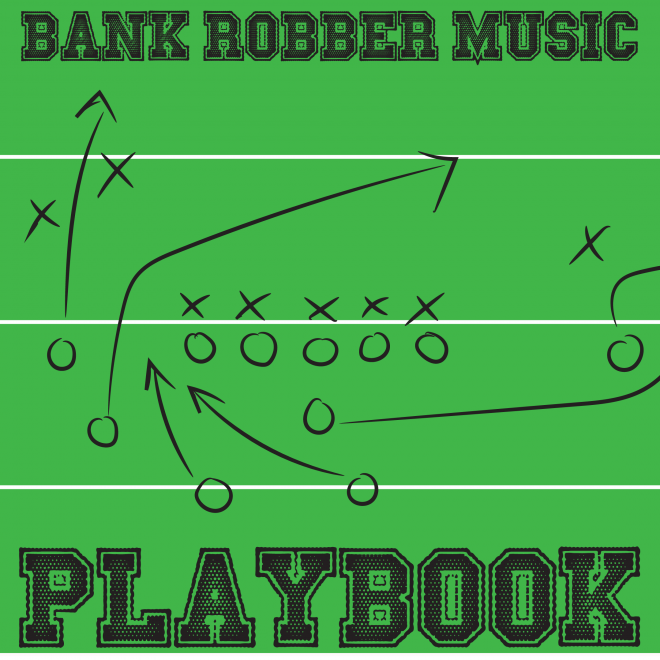 Tensions are certainly running high around the office this week. Why? Well, as the NFL Playoffs have come to an end, and the Super Bowl has come into focus, we have a problem. See, BRM’s own AJ is a HUGE New England Patriots fan, and BRM’s own Jen is a HUGE Philadelphia Eagles fan. Rivalries have been born. Mean stares have been traded. Opposing team-chants have been hollered. It’s a madhouse around here, and it’s likely only going to get madder until the big game comes around. That’s why this week we’ve decided to help both teams (how are we supposed to pick sides? We love both Jen and AJ! But seriously, who wants the Pats to win again, am I right? Please don’t tell AJ I said that). How are we helping both teams? By coming up with some killer new plays to be used next Sunday! These plays are all gonna be based on new songs from this week.
High concept? You betcha!
Based on the new video for Eric Copeland’s “Mixer Shredder,” the Mixer Shredder play is when you trade the football in secret for a blender. Try and make a clean catch with a NutriBullet coming at ya!
Based on Hollie Cook’s “Stay Alive,” this play necessitates you playing dead like you would if a bear found you in the woods. Then, when the other team comes over to make sure you are ok, you jump up and run the ball in for a touchdown! It’s a perfectly legal move worthy of Bugs Bunny!
Based on STRFKR’s “Tape Machine,” this play is for NE alone. Seeing as how they are known cheats (again, REALLY don’t tell AJ) this play means that somehow The Patriots already have a tape of the Super Bowl? How’d they do that?!? When did they draft Doctor Who?
Based on White Reaper’s live performance here of “Little Silver Cross” the move here is for NE to wear a little silver cross and start praying because E-A-G-L-E-S-EAGLES! (REALLY DON’T TELL AJ!!!)
Based on C Duncan’s “Like You Do” this move might be the best one of the bunch. Blow the minds of the other team’s like by doing that thing where it looks like the person in front of you is looking into a mirror Marx Bros. style. Then, as they are doing the thing where they move their left hand around like they are cleaning a mirror, throw the ball! Distracted! Befuddled! 1st down!
This one takes a lot of pre-game work, and it will only work one time, so make it worth the effort. Based on Nonpareils “The Timeless Now” start immediately convincing the other team’s players that the NFL has done away with the clocks in football. “It’s like baseball now” you’ll say “we just play until we are done.” Then, when the game starts and they take their time doing everything the penalty flags will fly. Advantage you!
This one, based on Majeure’s “Teleforce” is a bit of a lunkhead play. Simply throw an old school telephone at the opposite team. Don’t get caught! The refs will be just as confused as the other team. Use that to your advantage! Go team go!
Hut hut HIKE!
John
View All News