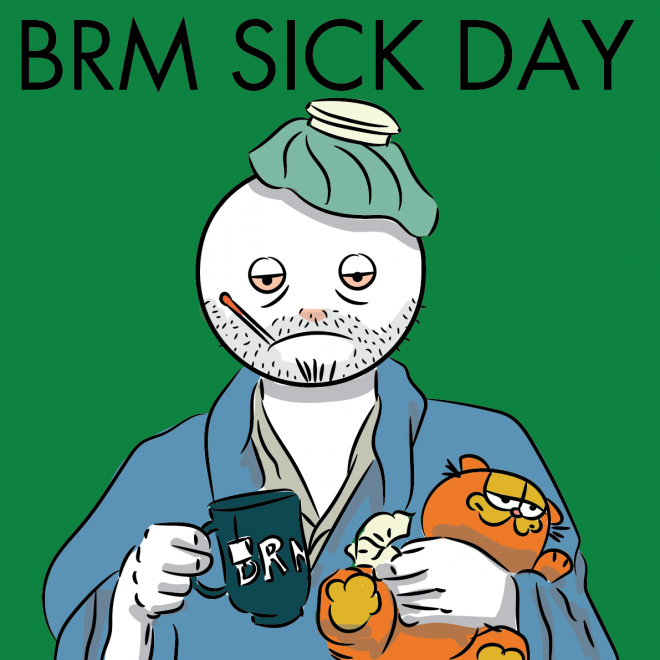 You sure can tell that summer has passed us by… Ok. I know it’s like 85 degrees outside today, but still! I don’t know what it’s like by you, but the BRM office is just passing cold germs around like we’re playing hot potato. I can’t even tell if that’s a good analogy, my head is so swim-y with illness. The woman at the juice place this morning was afraid of the amount of ginger I asked her to put into my juice… That can’t be a good sign. So where does that leave us? With some new videos! Will they make me feel better? Not sure… But if you enjoy them, then that’s what really *Cough cough cough sneeze snort* matters… Anybody got a tissue? Or maybe like a series of tissues? Ugh…

Now I am feeling pretty confused with my sinus-impacted skull, but I think this super new Honeyblood video is a punk rock reversal retelling of The Little Mermaid. I think? Either that or I accidentally watched the 2013 Scarlett Johansson movie, Under The Skin… again.

This is the weirdest Count Floyd sketch I’ve ever seen…

A simple, black and white performance video. Thanks, Hiss Golden Messenger. This is about my speed right now. Now if it came with some matzo ball soup, it would be the perfect cure!

If you haven’t been paying attention, this year marks Polyvinyl’s 20th anniversary (way to go you guys!). In a few weeks they have a double LP coming out that features Polyvinyl artists covering Polyvinyl artists. This genius pairing finds Generationals covering “In Green” from Volcano, I’m Still Excited!! That drum beat might be catchier than my cold! Zing! Brought it back around again!
If you don’t remember the original tune, here you go.
What are the chances we have a Count Floyd AND an Uncle Floyd reference this week? Well, pretty high. As Kim Gordon pointed out on Instagram earlier this week, it’s been 28 years since Daydream Nation was released, so let’s reminisce with the Uncle Floyd-featuring video for “Teenage Riot” (which is now a midlife riot-at least). Too bad Floyd the Barber doesn’t make an appearance too. It’d be all the Floyds we can handle!