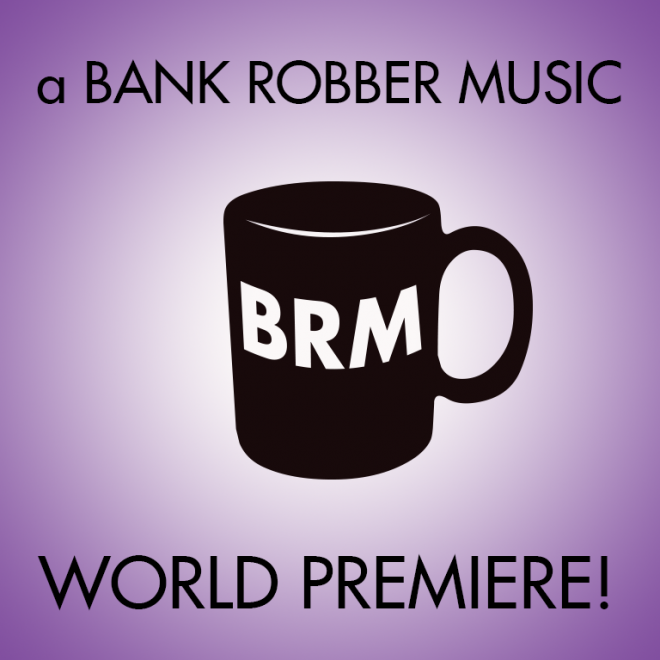 I know, I know. Hopefully, Bank Robber Music means a lot of things to you, but a source for music video premieres isn’t on the list. But sometimes things just work out too perfectly and we get to be the introducer of exciting, never before seen audio/visual entertainment. Which is why today we are thrilled to bring you the world premiere of the new Dragon Inn 3 video for “Three Minute Mile” from their album Double Line on American Laundromat Records.

So why are we premiering it? Well, as Phil put it so lovingly “my other band (SSLYBY) has been working with Bank Robber Music and Rough Trade Publishing for the past nine years. I couldn’t be a stay-at-home dad and still play music for a living if it weren’t for BRM, Rough Trade, Polyvinyl Records, American Laundromat Records, and my wife. Thanks, everybody!“

If you don’t already know, Dragon Inn 3 is the 80s-ish, danceable, synth-heavy project from Philip Dickey of BRM favs Someone Still Loves You Boris Yeltsin. A few years ago, Phil wrote the theme song to a short film, and had so much fun doing so that he decided to do more music of that ilk, and Dragon Inn 3 was born. He enlisted his sister Sharon Bowie as well as his wife Grace Bentley to help him out with the singing and songwriting bits.

This project turned into something of a blessing as Phil is now a stay at home dad. Not only is that how he is afforded the time to write and record Dragon Inn 3 songs, but it’s also how he made the video for “Three Minute Mile.” Says Phil “I’m a stay-at-home dad in Missouri and I always wanted to make a music video with the thousands of phone videos I’ve taken over the last 4 years. I didn’t know what song to use until my wife (Grace Bentley) and I recorded “Three Minute Mile” in our garage after our son went to sleep one night. It’s a good running or learning to walk song.”

The video is a heartwarming collection of shots of Phil and Grace’s adorable child. It’s no wonder he wanted to make a music video following the wee one around. It also gave him an excuse to stretch his editing skills, which he uses to great effect here.If you couldn’t already tell from the write up, we love Phil and have been charmed by him for years. Now let the video for “Three Minute Mile” charm you!

Warning: If you are overly sentimental and run a 3rd party licensing company it might make you cry #tellingforafriend