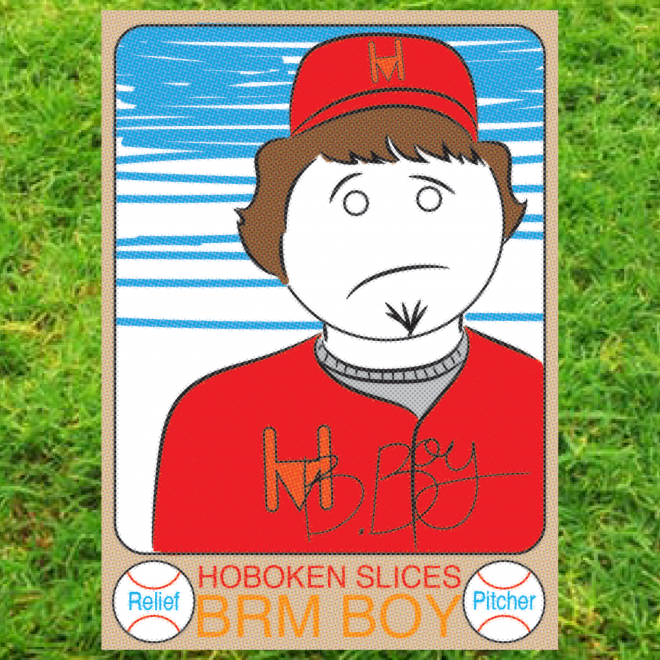 If you’re anything like me, every year you are pressured into joining a fantasy baseball league in which you are in way over your head. I know so little about baseball these days (my prime baseball days were the late ‘80s, early ‘90s, which does very little good in today’s fantasy leagues). I do, however, know all kinds of stuff about music. Therefore I’ve decided to draft my fantasy rock team this week! How’s that work? Well, it’s simple. Let’s assign each of the bands with new videos featured this week to a baseball position.

You want your starting pitcher to be young and fiery. That way they can go the distance on occasion. That’s why Cold Fronts is gonna be our star pitcher.
Mike Donovan’s thoughtful video for “Cold Shine” makes me think he should be the scholar of the team. That means he’s the catcher!
There are no two ways about it. Paul de Jong is a weirdo. What do you do with baseball weirdos? You stick ‘em in the bullpen, that’s what you do! So Paul, be prepared to spend most of the season creeping the rest of the bullpen out.
You gotta stick FAN out in right field. That’s where you get the most heckling on the field. I’m assuming that FAN is ready to deal with the fans.
If Anna Burch is “With You Every Day” then she’s gonna give Cal Ripken Jr. a run for his money. That’s why she’s gonna play third base, just like Cal did–at least, sometimes he did.
Charlie Faye is powerful for her size, so she’s gonna have to play shortstop. Hopefully, she can do some Ozzie Smith-style flips out on the field.
Brandy Zdan wants your trouble. You know who else wants trouble? The manager. They’re always hollering at someone. Therefore Brandy is gonna be the manager of the Hoboken Slices
Did you see the way Peter walked right up those steps like it was no big deal? He’s fit! You need to be fit to play infield for sure. Hibou, head over to 2nd base!
Chris Carter is the most seasoned member of the team. So not only is he gonna be the captain, but he’s gonna play 1st base. You want someone whose seems some shit over there at 1st.
Ok. I’ll admit it. I have no reason to put Ought in right field. But I’m assuming my little league manager didn’t have much reason to put me in right field either, except that they needed someone out there.
Hatchie seems like they could lead the outfield, so I’ll need to put them in center. I think they are up to the task.
Fingers crossed this team does better than my actual fantasy baseball team (although I am quite proud of their name, The Ol’ Dirty Batters).
John
View All News