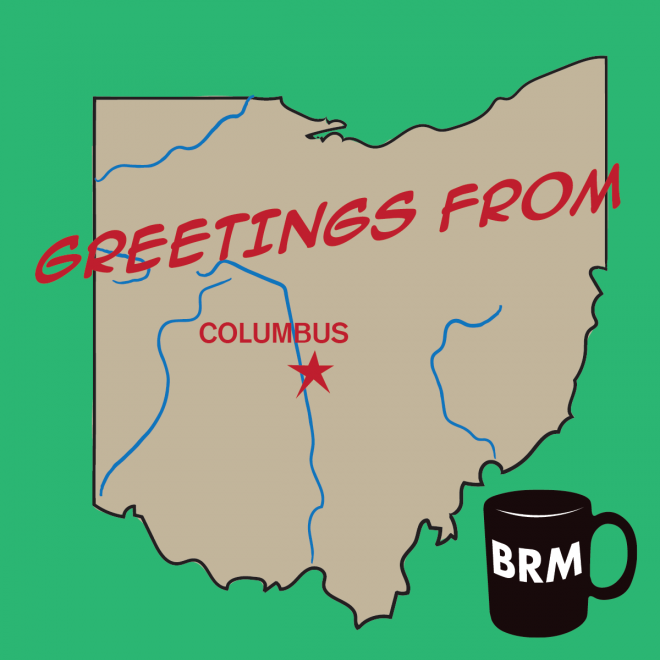 Wait, so next Monday is Columbus Day? We still celebrate that? That seems weird… Maybe there was a change and I didn’t hear of it, and it now instead celebrates the lovely city of Columbus, Ohio? I’m gonna go with that. After all, who doesn’t love the Franklin Park Conservatory? The COSI? The Zoo? The Aquarium? The Short North? Anyway Records? So in celebration of Columbus Ohio day, let’s watch some new music videos! After all, Columbus has a long and storied music scene! (Hello? Remember Scrawl!?!)
There’s no way the kids running the counter at Spoonful Records on E Long Street (between 3rd and 4th) aren’t digging this new Young Jesus track.
“Never Saw It Coming,” eh? Sounds like a magic trick! Amy Douglas must have taken the drive to Gahanna, OH to visit one of only 3 brick and mortar magic shops in the state: Be Amazing Magic Shop!
If the band Fucked Up find themselves in Columbus and want to “Accelerate,” they should head to Grand Prix Karting Indoor Entertainment. It gets 4-stars on Google, not bad! While you’re there, check out the tactical laser tag too!
Remember when Liars played Ace Of Cups last year? That was a show for the ages!
If you are in Columbus and need some cellophane, you won’t do better than Central Ohio Bag & Burlap. Since 1933 they’ve been there for ALL your packaging needs!
Hmmm. How to tie Columbus, Ohio into this next one. This is the new video for Lyle’s band The Royal Arctic Institute, who have a new LP out on 10/19. Also, the video was directed* by me? Well, I was in Columbus once. But it was an accident. I was leaving Cleveland after taking a road trip to check out the Rock And Roll Hall Of Fame, and for some reason, I headed west for 2 hours before I realized I was driving in the wrong direction… Enjoy!
*by directed, I mean I edited together 6-7 movies I “found” on youtube.
God Bless Columbus Ohio,
John
View All News