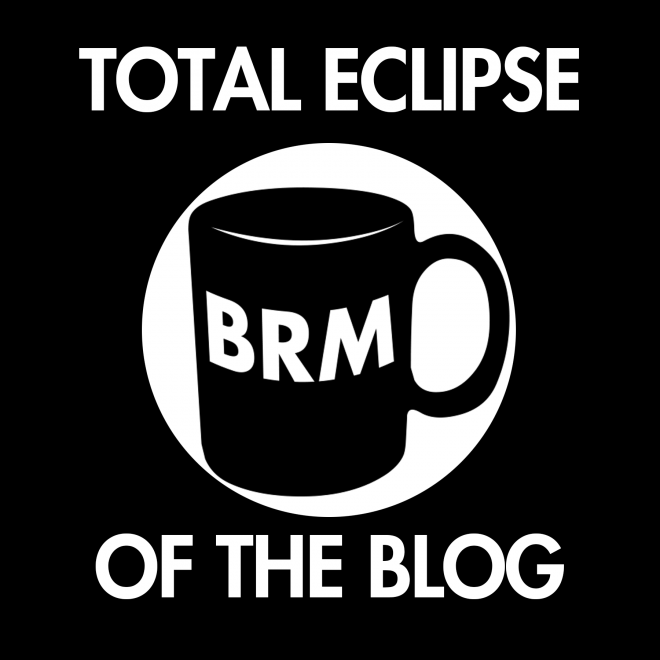 Well that sure was a wild Eclipse 2017 ride, eh? It turns out that nighttime during the day looks an awful lot like nighttime at night. Either way, it was pretty cool. I haven’t had to make a pinhole camera since college! So now that the eclipse is over, what is there to look forward to? Well, how about a bunch of excellent new tunes, eh? (I bet you guessed where that was headed, didn’t you?) The best part? This doesn’t come with months of news reports, it’s here right now for you to enjoy! Plus, you don’t need special glasses, unless of course you wear glasses to read. You’ll still need those for this. Sorry.

The only thing that’s had people more excited than eclipse fever is this friday’s release of the new LP from The War On Drugs. Well prepare to get even more excited (if that’s possible) by checking out the new video for “Pain.”
The most exciting use of a mannequin since… Well, I guess it’s a toss up between the movie Mannequin and that episode of Three’s Company where Jack gets work as a robotic mannequin. It’s the new video for “Fifteen Minutes” from Merge’s reissue of Mike Krol’s first two albums. It felt like the whole eclipse was over in like fifteen minutes, didn’t it?
If all “official lyric” videos were as good as this new one from Mister Heavenly for “Hammer Drop” we wouldn’t even need regular music videos anymore. It packs more of a punch than… um… something eclipse related? (Uh oh, this premise might not have the legs I thought it would…)
If I HAD to pick a favorite song from the upcoming Alvvays album (although I don’t know why I need to), it would have to be this next tune, “Plimsoll Punks.” If I had to pick a favorite percentage of sun coverage during the eclipse, I’d go with 47%.
If I had to guess, this video for Pisces “Dear One” is about a dude that wanted so badly to see the best view of the eclipse that he became an astronaut and flew into space for a front row view. Except, and let me check my planetary geometry, yeah… that doesn’t make any sense. Ok, then it’s probably just a super cool trippy vid for the Numero release.
Irish instrumental rock masters And So I Watch You From Afar announced a new album this week (hooray!). They also released a new video to commemorate the occasion (double yeah!) Check it out! You know what else we all watched from afar, right? Right?!?
I couldn’t be more excited by the fact that there is a new Rainer Maria album out in the world. I’m even more excited by the fact that it’s good as anything they’ve ever released. Check them out at their heaviest with “Possession.” Speaking of possession, I’m in possession of a skid of counterfeit eclipse glasses if anyone is in need.
If you need a little sinister spring to your step, then you can’t do much better than “Tiger Trot,” the new instrumental soul single from Colemine’s Leroi Conroy. Get ready bop your head like you stared directly into the light!
Thanks for reading!
John
View All News