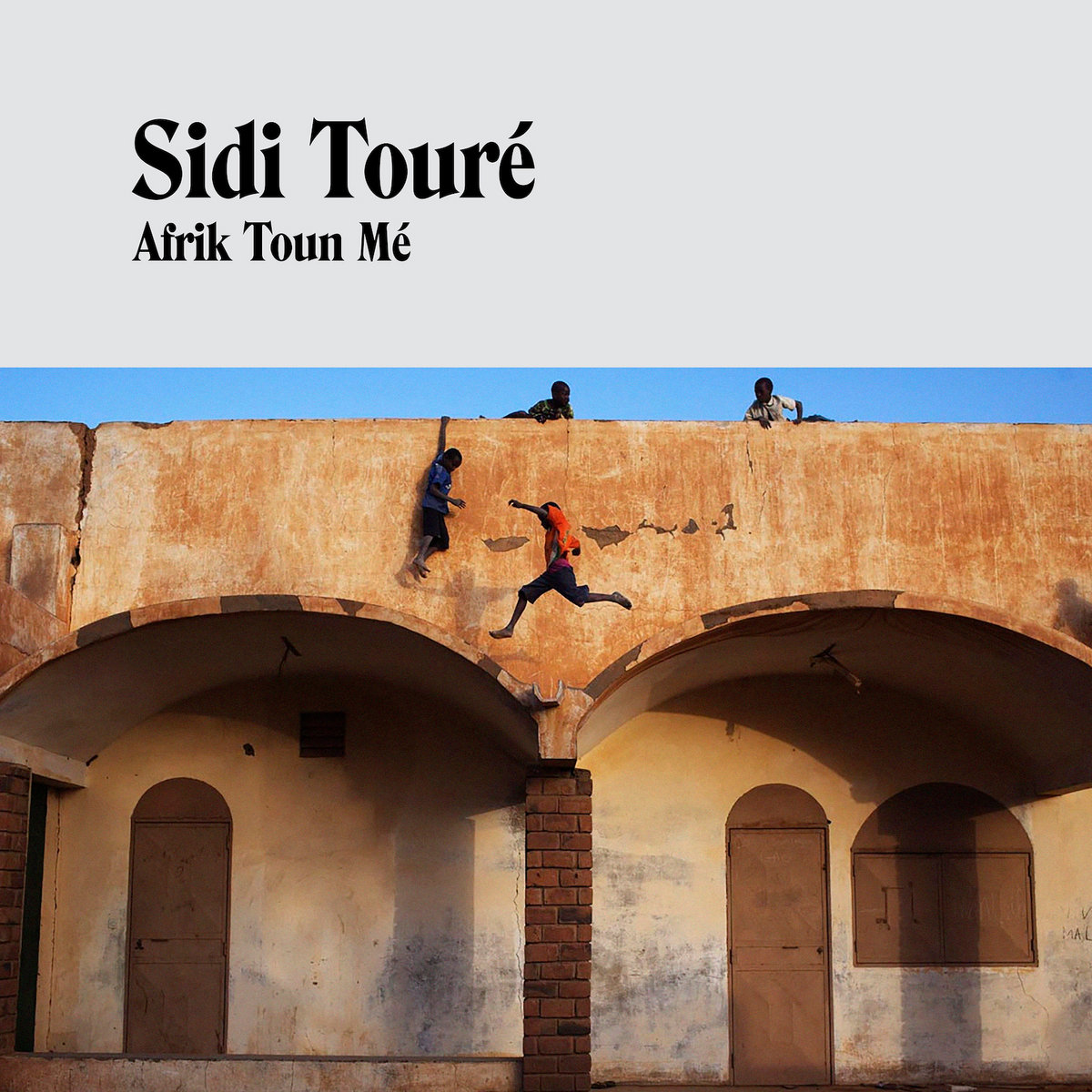 Sidi Touré is one of Mali’s most enduring and buoyant artists. As a master of Songhaï Music, Touré has been lauded for his dynamic and emotive voice both as the leader of the Songhaï Stars and on his own. Following the boisterous full band of arrangements of 2018’s Toubalbero, Afrik Toun Mé is an album of intimate comforts and subtle beauties. Touré, joined by virtuoso guitarist Mamadou Kelly and calabash player Boubou Diallo, blends parables and tales of inspiration that honor courage and resilience in the face of trial and tragedy. The spare and arresting songs of Afrik Toun Mé (in English, Africa Must Unite) captures the familiarity and personal touch of life’s small communions with the sincerity and poise that are indelible to Sidi Touré.

The lean recordings throughout Afrik Toun Mé retain the innate beauty and hopefulness of Touré’s music. Trading melodic guitar phrases and polyrhythmic gestures ripple around Touré’s dulcet singing like the swing and slosh of gentle brooks. Album centerpiece “Tchaw Yan” (roughly “Knowledge”) emphasizes how paramount Touré sees the pursuit of science is to the advancement and improvement of Africa. Touré says: “Science is the driver of progress. Today everything we see is thanks to scientific progress and to arrive at scientific progress people must go get an education. If Europeans were able to colonize Africa, it was because of technology. If China has become a world power, it is also because of technology and education. They started by agricultural auto-sufficiency, then healthcare and finally scientific progress – airplanes, computers, mobile phones, etc. And so he who is not educated, is in total obscurantism.” Touré highlights individual growth as well as communal with stories of virtue like “Bortchin” (A Noble Man) and sacrifice like “Guara Tcha Jina” (The Rooster’s First Crow). For Touré, this progress is critical to the unification of Africa: “Look at the buzzing of this beautiful Africa, which slept before like a fish in water, slept like a doe wandering in the bush. Now troubled by fishers, threatened by hunters, she has woken up. Africa must unite as so many luminaries have already said: Bob Marley, Alpha Blondy, Tiken Jah Fakoly… Doctor Kwame Nkrumah said Africa must unite or it will perish. We need African unity, at whatever the cost.”

Touré has been faced with the many challenges that come with limitations on communal and social gatherings during the 2020 pandemic. As one of countless artists around the world severely impacted by these limitations, his nearly daily performances have been restricted for months on end. The modest acoustic trio on Afrik Toun Mé captures the essence of his passionate performances, Touré delivering his encouraging and urgent messages as if plain spoken to friends gathered around a fire or over a cup of tea. In the face of turmoil both local and global, Sidi Touré’s Afrik Toun Mé is a work of pure radiance.