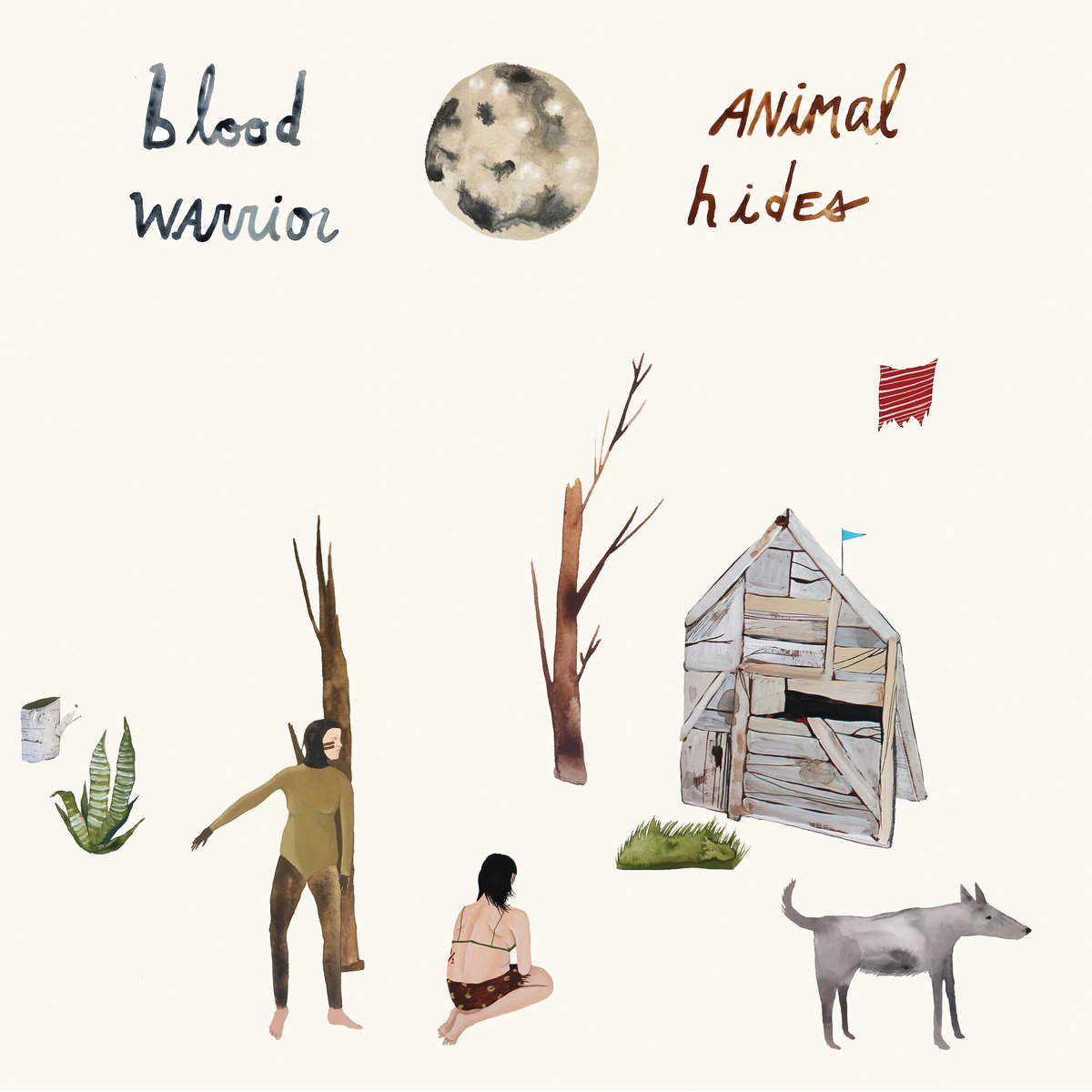 Animal Hides is the third album by Blood Warrior. It’s a collection of songs affected by the anxieties and securities of these times, documented by two friends in their late thirties, Joey Weiss and Greg Jamie (O’Death). Recorded onto tape at Joey Weiss’ studio in the Hudson Valley, Animal Hides was mixed and mastered by Kevin McMahon (Swans, The Walkman, Real Estate) and is being released by Ernest Jenning Record Co. (who also released the band’s 2010 debut) on November 15th, 2019.

The band always describes Blood Warrior as a project that “exists so two old friends can continue to make music and check in on each other”. Weiss and Jamie first met at summer camp in 1994 and have remained friends and music collaborators ever since. They have been continuously recording and releasing as Blood Warrior for over a decade, their albums existing as snapshots of different points in their lives. If Letter Ghost—the band’s second album, released in 2015— was an introspective affair, dealing with the dissolution of Greg’s marriage, Animal Hides instead chooses to focus on the cultivation of community and family. The importance of finding a home, no matter how small, inside this strange, evolving world.

Check out the haunting “Animal Shades.”