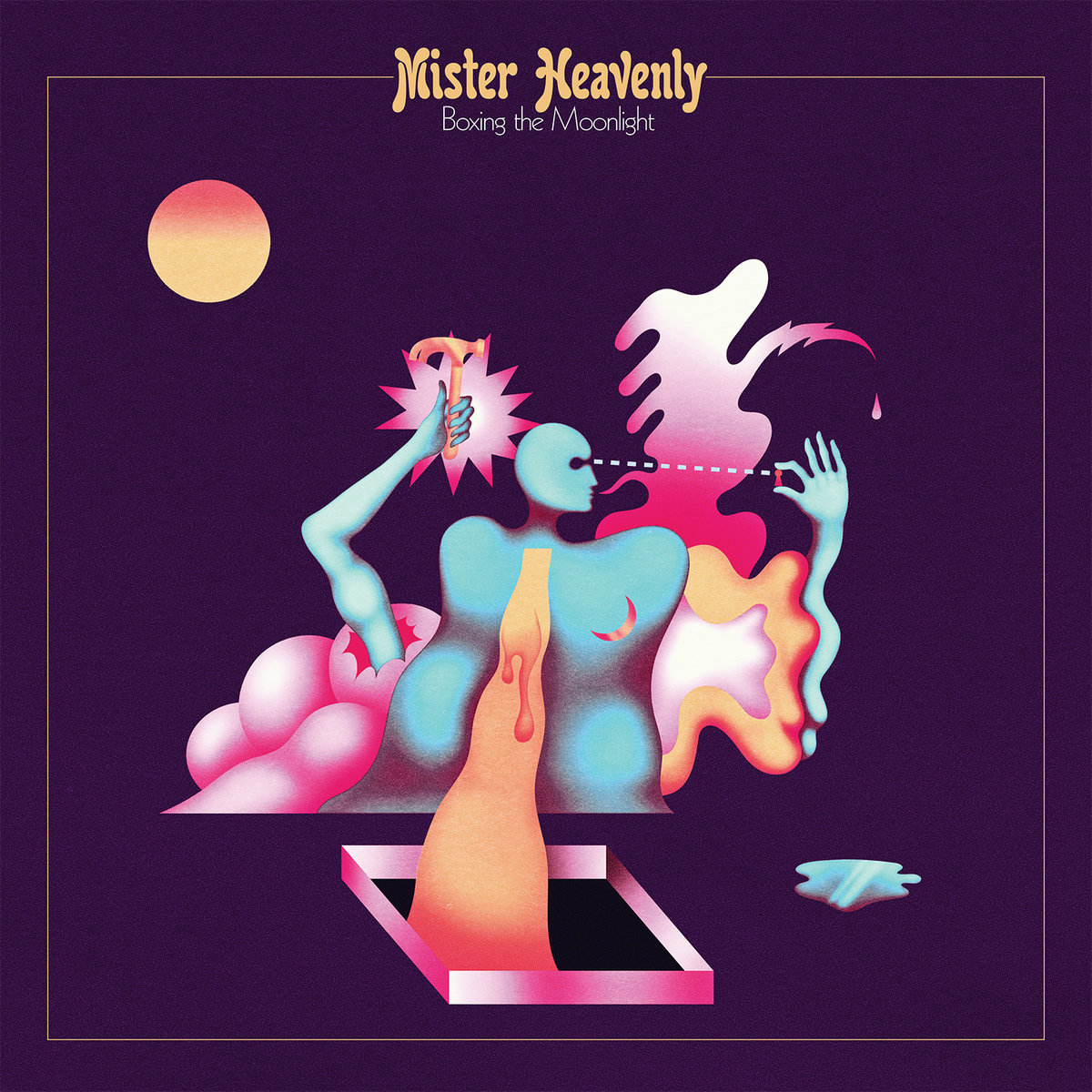 If I told you there was a band that sited Krautrock band Faust as a major influence, as well as hip-hop production of the ‘80s and ‘90s, you’d be interested. If I also told you that the band included members of Man Man, Honus Honus, Islands, Unicorns, Cold War Kids, Modest Mouse, and the Shins, you’d likely either do one of two things. 1.) You’d freak out and push me down the steps to get ahold of a copy of their album (shame on you! I was about to give it to you anyway). 2.) You’d say “Oh, Mister Heavenly have a new album out? I’m a HUGE fan!” Hopefully you fall into the latter, non-violent group. If that’s the case, get your ears wrapped around Boxing The Moonlight (Polyvinyl), the newest from the eclectic Mister Heavenly! Check out the electrifying electro-janglewave sounds of “Makin’ Excuses.”