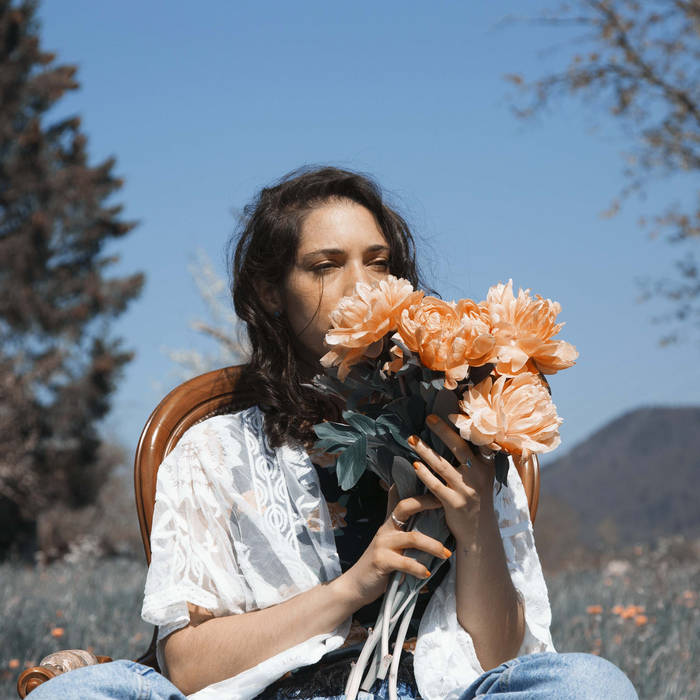 Swiss musician Delia Meshlir didn’t realize what her voice could do when she started out playing music. Through such groups as the drudge-rock Cheyenne and experimental Primitive Trails, Delia let the music lead her singing along. It wasn’t until she began writing the songs for Calling The Unknown that she started allowing her vocals to preside. Unbounded by structure, Delia Meshlir’s first full-length under her name brings layers of beauty, intensity and strength, all coming to a head with her striking vocal delivery.

Delia lost her grandmother while preparing the album, and many of the tracks reflect seeking a path through grief with love. On “A River”, she explores where feelings can exist when they are for someone who has passed. She sings: “I’m calling the unknown/but no one remains.” As the first song on the album, it serves as a perfect introduction to the album, with refined drumming, reverb-wrapped guitars and tasteful saxophone lines. At command of a full band, Delia never abuses the opportunity, often having members hold back in restraint and add mere touches of color to her songs. However, when more urgency is required, Delia adapts beautifully, as on the raw and driven track “Dirty Colors”. Ultimately, the album is an invitation to peace after suffering.