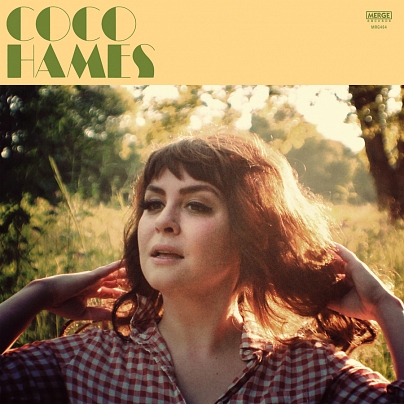 Coco Hames, of The Ettes fame, is here with here debut solo record. But this isn’t the same garage-pop that her band was known for. Sure, I could spend hours coming up with influences heard when listening to her lovely new self-titled album (Merge) or I could copy and paste this succinct sentence from the press for the album, a direct quote from Ms. Hames herself: “I grew up listening to ’60s pop like Dusty Springfield, but also classic country music, like Patsy Cline, and things that bridged both worlds, like Bobbie Gentry.” Thanks Coco! Check out the first single from the album, the jangly “When You Said Goodbye.”