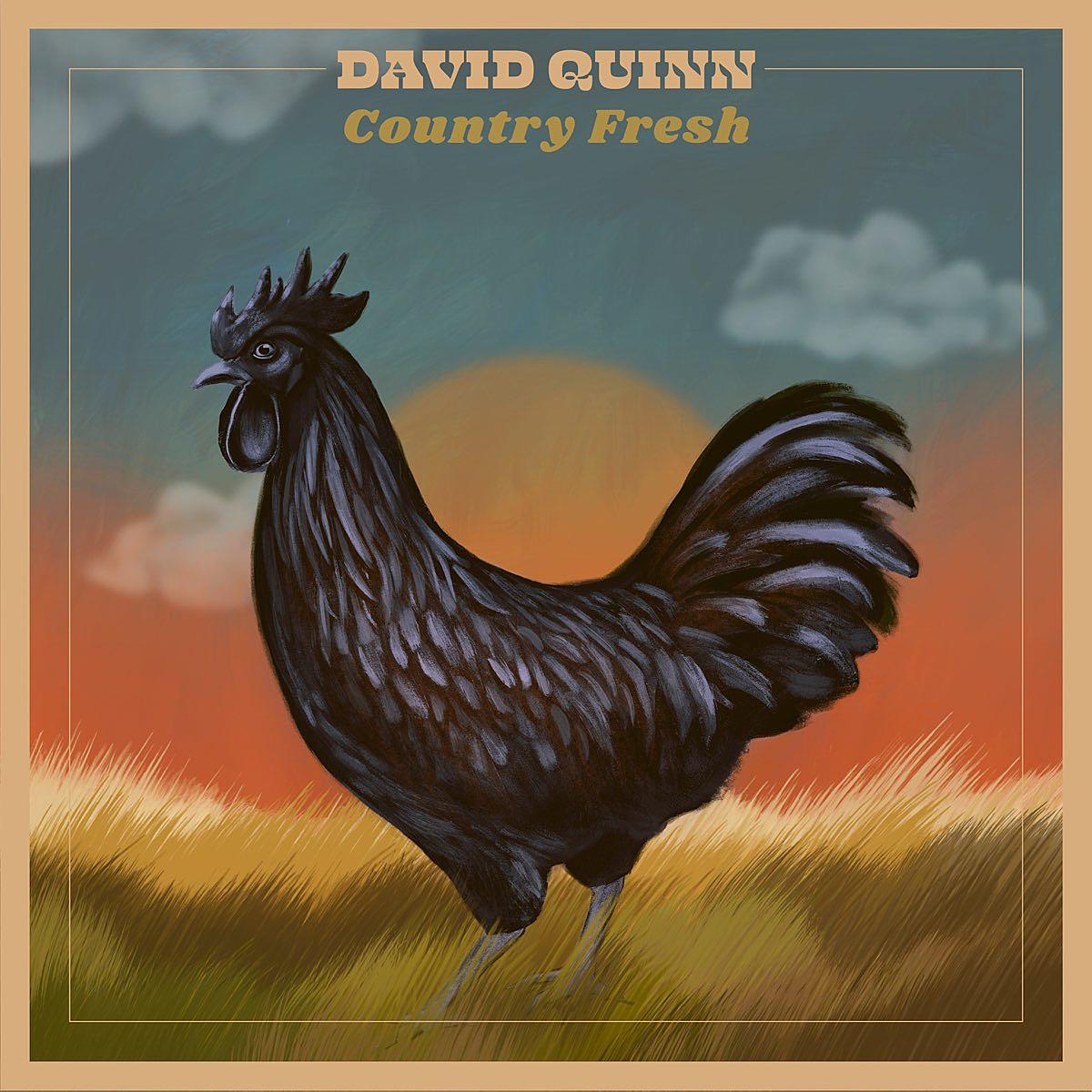 David Quinn’s third album was born from a logo on a decades-old ashtray he found in a corner nook at Nashville’s Sound Emporium while tracking his previous record. The amber glass piece had seen better days, but it was the words “Country Fresh” imprinted on the side in its vintage font that grabbed Quinn’s attention. “I never stopped thinking about it and started using the phrase ‘country fresh’ to describe how I was living and all the things that I like. It just stuck with me and once I wrote the song ‘Country Fresh’ it ended up being the whole theme of the record.”

Armed with a dozen new songs after soaking up his new life in the woods, Quinn decided that for this album he’d up the ante and produce it himself. Returning to  Sound Emporium with handpicked players, including Laur Joamets (Drivin N Cryin) on slide guitar and solos, Micah Hulscher (Emmylou Harris) on piano, Fats Kaplin (John Prine) on fiddle, dobro, banjo and harmonica, Miles Miller (Sturgill Simpson) on drums, Jamie T. Davis (Margo Price) on guitar and Brett Resnick (Kacey Musgraves) on pedal steel, the album was engineered and mixed by Mike Stankiewicz (Willie Nelson, Shooter Jennings, Jason Isbell) and mastered by John Baldwin Mastering (The Rolling Stones, Merle Haggard, Kris Kristopherson).

Alongside this star-studded ensemble, Quinn recorded a love letter to the midwest with tunes that tell stories of lost love, the open road, and finding one’s place in the world. Country Fresh is a collection of country-fried Americana gems corralled by Quinn’s singular voice and expertly-spun tales of heartache and triumphs amidst a vast midwestern landscape.