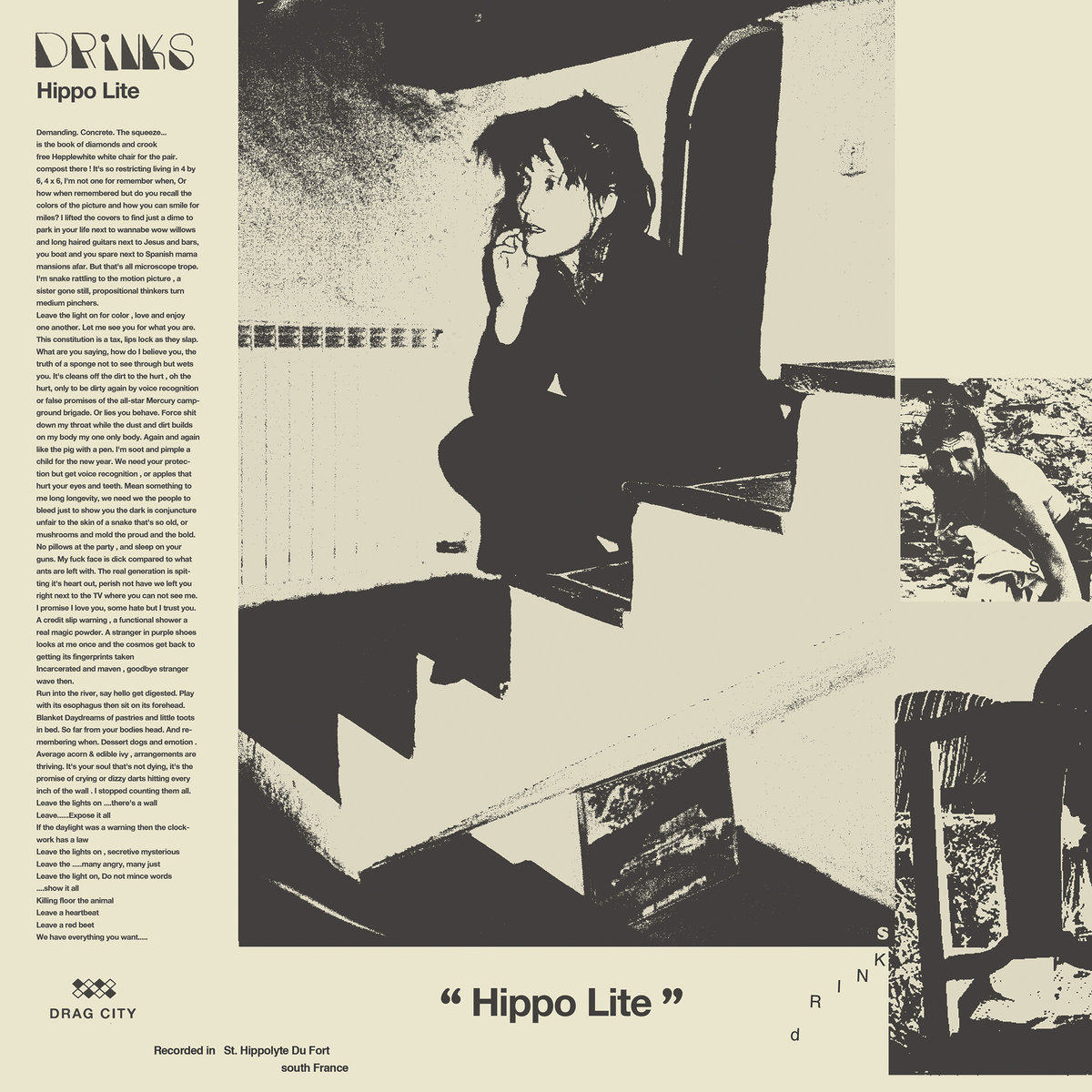 In 2015 at least one of my dreams came true (maybe more, but who can remember that far back at this point?). The second coming of Captain Beefheart (according to me at least) Cate Le Bon teamed up with psych-folk auteur Tim Presley to form Drinks. I love both of their catalogs separately, and I adored the sound of them teaming up on Hermits on Holiday. Now I… I mean we, have the sounds of Hippo Lite (Drag City) to bring me… I mean us, joy. The patented skronk-y Cate Le Bon guitar sound mixed with Tim’s pastoral folk sounds are such a perfect match, you’d think they were chocolate and peanut butter. They locked themselves in a house in the South of France with no internet and no entertainment save copies of Jurassic Park 1-3 on DVD (not a joke, direct from the press for this album.) My only disappointment is that there aren’t more dino references on this LP, but I think I’ll survive. For evidence of this perfect pairing, check out the shimmering “Real Outside.”