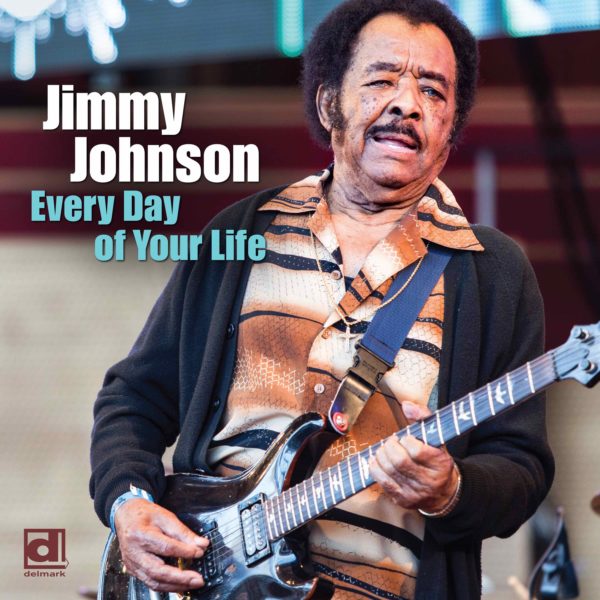 Jimmy Johnson "Every Day of Your Life (Delmark)"

Four decades ago, Jimmy Johnson permanently established himself as a front-rank Chicago bluesman with his unusually imaginative Delmark debut album Johnson’s Whacks (DE 644). Now he’s come full circle: Jimmy’s back on Delmark with this exciting release, which shows that he remains a vital blues force into his 90s. Johnson’s fluid, slicing guitar licks dart and spark with unpredictable elasticity throughout this set. His voice soars to the heavens time and again, never misplacing its melismatic passion no matter the tempo.

From the funky opening original “Every Day Of Your Life,” constructed around a wise lyrical message, to a churning “Down In The Valley” and exquisitely tailored revivals of the lights-out slow blues “Strange Things Happening” and a hard- driving “I Need You So Bad,” Jimmy is never less than masterful. Few contemporary bluesmen are so devastating when working in a minor key— witness Johnson’s personalized treatment of Fenton Robinson’s classic “Somebody Loan Me A Dime.” “My Ring,” another standout original, takes a swaying and unexpected reggae turn (pushing the stylistic envelope has long been one of Jimmy’s trademarks), and Johnson sits down behind the 88s for a solo reprise of Bobby “Blue” Bland’s uplifting “Lead Me On” to close the album in deeply moving style.

Funny thing is, Jimmy only became a full-time blues guitarist in the mid -1970s. Prior to that, he mostly traversed the R&B side of the tracks. Born in Holly Springs, Mississippi, Johnson grew up along with another future blues luminary, Matt Murphy. “I picked up a guitar because Murphy had a guitar,” he says. Sacred and secular sounds competed for his attention. “My first time of singing in front of an audience, I was singing gospel,” notes Jimmy. “My uncle had a Victrola, the ones you wind up, and I got to hear John Lee Hooker, Arthur “Big Boy” Crudup, Sonny Boy Williamson.”

Check out the laid-back funk “Down In The Valley.”