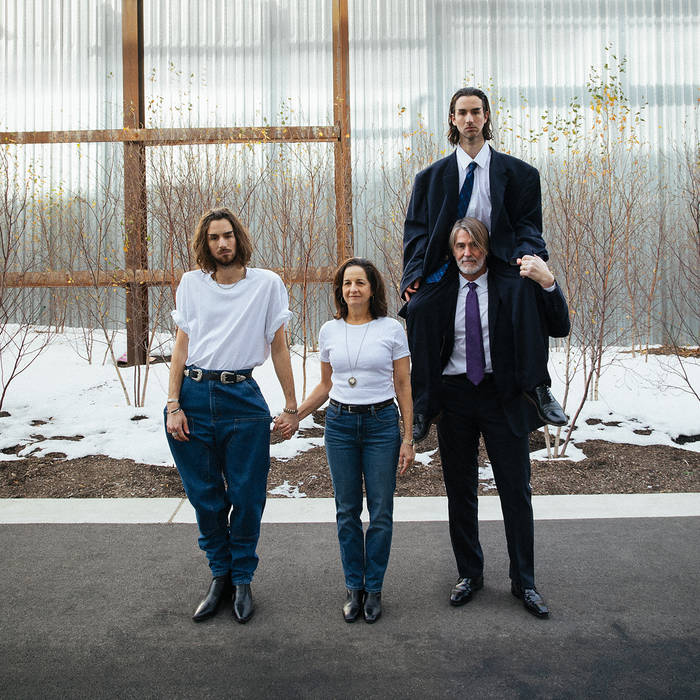 The full-length debut from Miles Francis, Good Man is a work of gorgeous paradox: a nuanced exploration of masculinity and all its trappings, presented in a sound that’s joyfully unfettered.

Produced by Francis and recorded in their longtime studio (located in the basement of the Greenwich Village building they grew up in), ‘Good Man’ arrives as the most visionary and elaborately realized output yet from a polymathic artist known for collaborating with the likes of Angélique Kidjo, Sharon Jones & The Dap-Kings, and Arcade Fire’s Will Butler. In dreaming up the album’s kaleidoscopic sound, Francis embraced an experimental process that involved elegantly merging their most formative influences.

Throughout ‘Good Man,’ Francis matches their incisive observation with a direct outpouring of feeling and, in many cases, fantastically offbeat humor. On the album’s effervescent lead single “Service,” they deliver a groove-heavy and pitch-perfect send-up of the over-the-top obsequiousness that pervades countless classic boy-band songs (“There’s this very impulsive offering of help and support, in a way that makes you wonder if there’s some other motive that’s not named in the lyrics,” Francis notes).

An album rooted in intense self-reflection, ‘Good Man’ also includes such moments as “Let Me Cry,” a deeply personal number illuminating Francis’s poetic sensibilities as a lyricist (“Indoctrinated against moving his hips/For fear that it could attract another man’s lips”). “As a kid I was really out there and just fully myself, but over time there was this boxing-in that started happening from all different directions,” says Francis. “‘Let Me Cry’ is about asking, ‘Can you break out of this box, and find your way back to that inner child again?’”