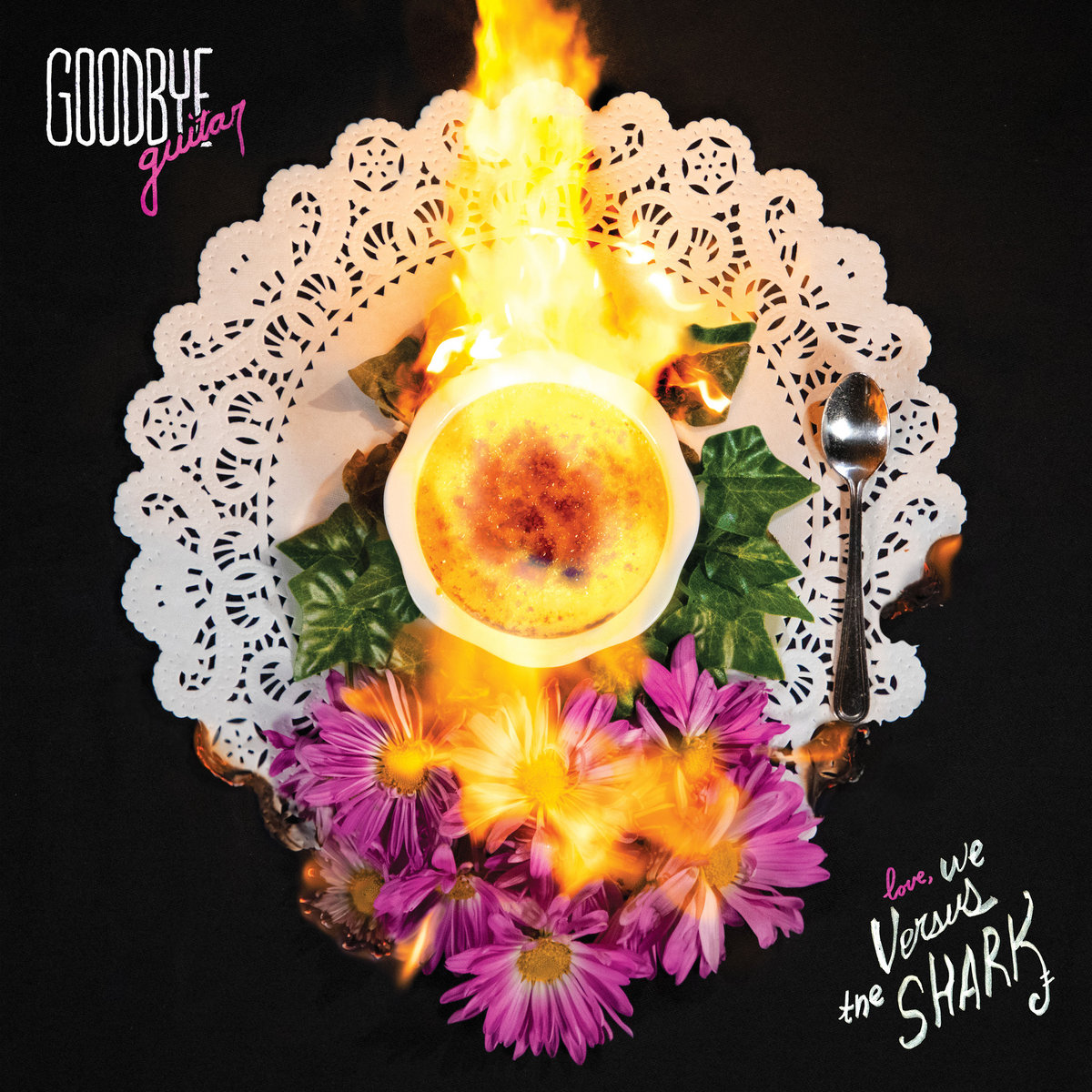 We Versus The Shark "Goodbye Guitar (Ernest Jenning Record Co.)"

When We Versus the Shark formed in 2003, the group’s members were barely in their 20s and living in three different states. The math rock foursome converged on the music hub of Athens, Georgia as a homebase and promptly set about storming the town’s gates. Starting with their debut album Ruin Everything!, the group kicked up a screwy racket of Dischord-ant guitars, noisy synths, and electro-shock rhythms. Foot soldiers in the DIY basement army, they dutifully toured their asses off, squirming and spasming over small stages at home and abroad. Seven years, an EP, a darkly aggressive follow-up (Dirty Versions) and a cover album later, the group called it a day in 2009 and scattered to the four winds once more.

With WVTS in the rear-view, the group followed their own paths. Guitarist/vocalist Samantha Paulsen explored the cosmos with surf-scientists Man… Or Astroman? while getting her nursing degree. Guitarist/vocalist Luke Fields went on to pursue thrills both onstage (in Nintendo-rock outfit Bit Brigade as well as positive guitar-worship group Double Ferrari) and off (as an avid rollercoaster enthusiast). Bassist/vocalist Jeff Tobias plays saxophone in New York psych-jazz quartet Sunwatchers and London-based indie-folk ensemble Modern Nature, among many other projects. Drummer Scott Smith relocated to Amsterdam to work as an economist, and releases material under the name President of the Drums.

In 2015, upon revisiting archival demos, Fields determined: there was plenty of gold left to be spun and plenty of notes (trust us, plenty) yet to be played. Putting the long-awaited final touches on some unfinished bangers and uncorking some new gems, the group quietly converged in the Classic City a handful of times over the next few years to make Goodbye Guitar. Recorded with the band’s longtime studio collaborator Mike Albanese (Maserati/Cinemechanica) and mastered by Joel Hatstat (Cinemechanica), the ten-song firecracker LP is at once an energetic return to form and a rediscovered wellspring of joy. With their youthful anxieties (mostly) left in the past, Goodbye Guitar is the sound of four people having the time of their lives playing together. It’s hyper-melodic and unapologetically maximalist, bursting with acrobatic slashes of guitar and unexpected humor. As the world spins fully out of control, the reunited We Versus the Shark hope to offer an opportunity for guitar-shredding elation. Say hello to Goodbye Guitar.