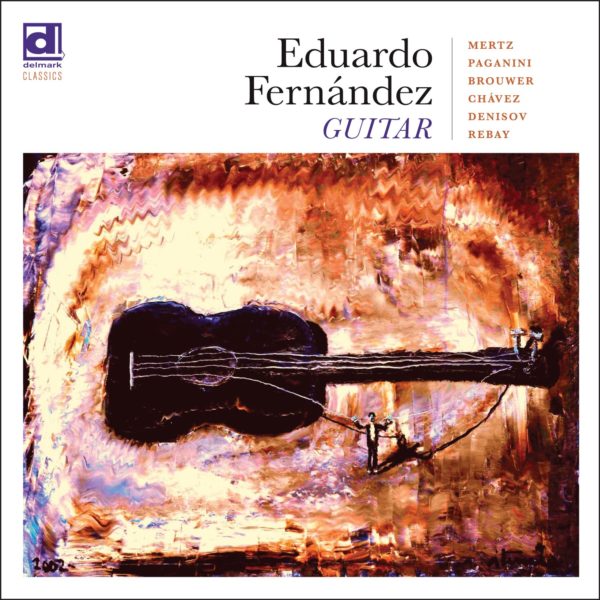 For his debut on Delmark Classics guitar virtuoso Eduardo Fernández put together a program covering two centuries of music and two continents. From Paganini to Brouwer, this album offers a variety of schools, tendencies and techniques that very few performers can match. In addition to brilliant pieces by Denisov and Chávez, this CD features a rarely heard works by Mertz and Rebay. An internationally recognized guitarist and scholar, Eduardo Fernández was born in Uruguay in 1952. He studied guitar with Abel Carlevaro. In 1975 he was awarded at the Radio France (Paris) competition and won the Andres Segovia Competition in Spain. His New York debut in 1977 received critical accolades. Since then, Fernández has been performing and teaching all over the world as well as releasing numerous acclaimed albums

Check out the absolutely stunning performance of Niccolò Paganini’s “Sonata No. 24 in G Major: I. Minuetto.”