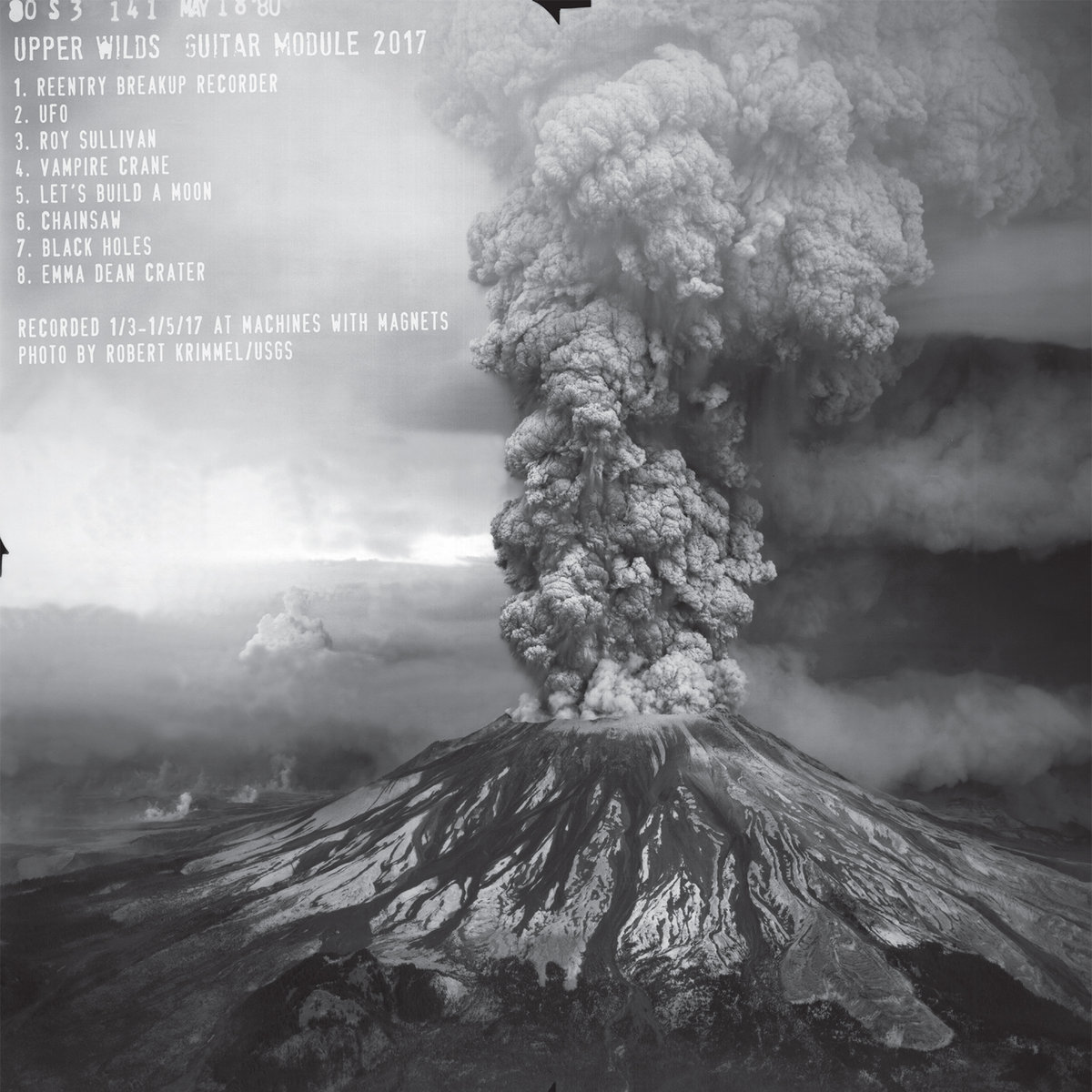 Dan Friel (of Parts & Labor fame) fans, do I ever have a treat for you! His new project, Upper Wilds, has released an introduction of the new sound with Guitar Module 2017 (Thrill Jockey). Performed entirely by Friel on a heavily distorted guitar, along with a sequencer, a keyboard, and a pedal board full of goodies, GM2017 is a big, messy good time. A little like Lightning Bolt but with Dan’s occasional vocals being far less distorted. His guitars certainly thrash, likely causing heads to be banged and devil hands to be thrown up wherever this album is being played, and played LOUD. Crank it to 11 and check out “UFO.”