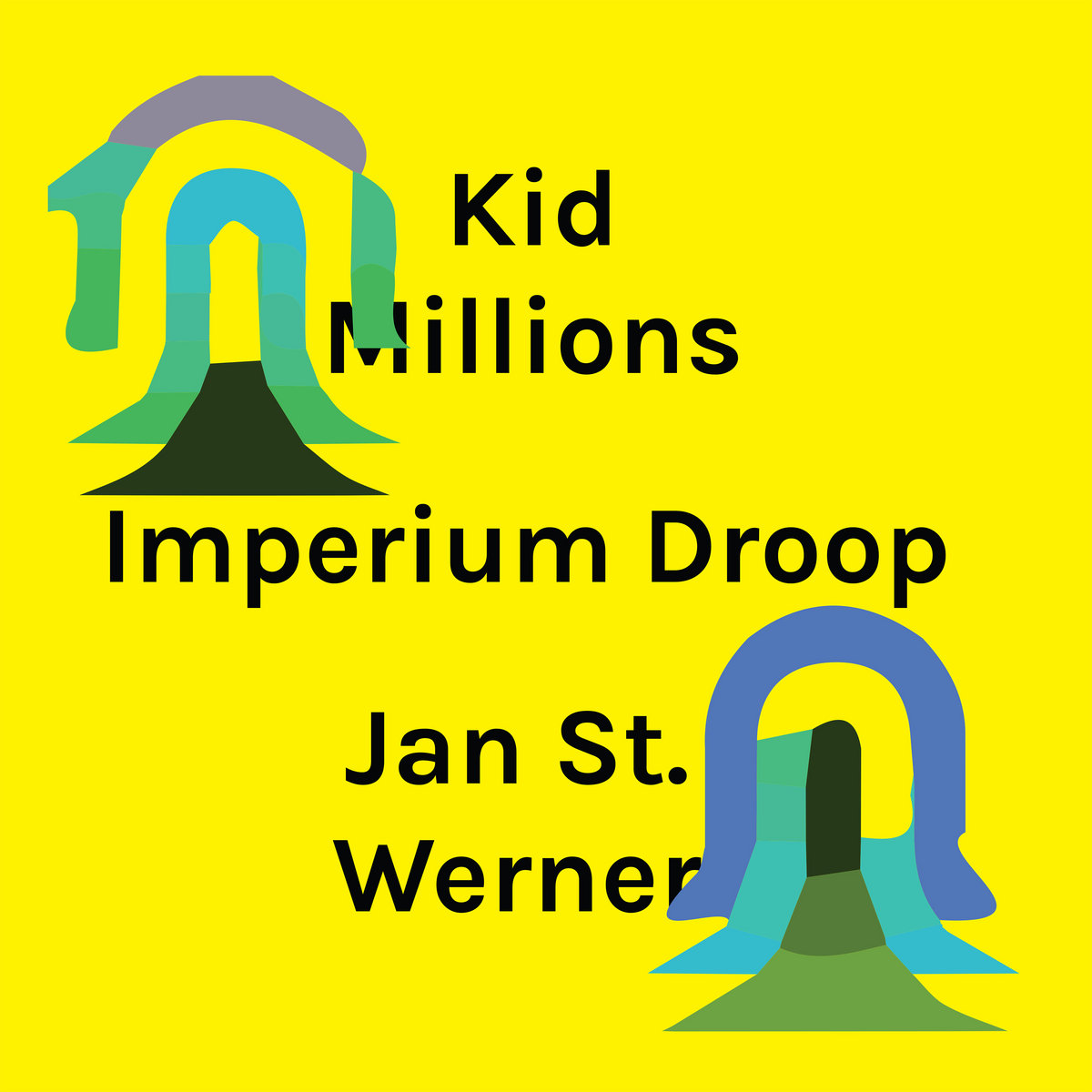 The duo of John Colpitts aka Kid Millions and Jan St. Werner brings together the minds of two mavericks committed to exploring new avenues of musical expression. Kid Millions is one of the most sought after drummers and improvisors in NYC, known for his expansive solo work as Man Forever, as well as collaborations and performances with the likes of Laurie Anderson, Philip Glass, Boredoms, and So Percussion. Millions’ acclaim is equally rooted in his work with rock bands such as his own Oneida, as well as working with bands like Royal Trux and Spiritualized. Jan St. Werner has consistently remained at the vanguard of electronic music with his work as one half of Mouse On Mars as well as with his solo work and collaborations with The Fall’s Mark E Smith, Oval’s Markus Popp, Stereolab and The National. On their debut collaboration Imperium Droop, Millions and Werner, along with special guests Mats Gustafsson, Andrew Barker, and Richard Hoffman, created a collection of beautiful pieces built on surprising sound combinations. Together, the works on Imperium Droop are a joyful listen and an exhilarating foray into the unknown.