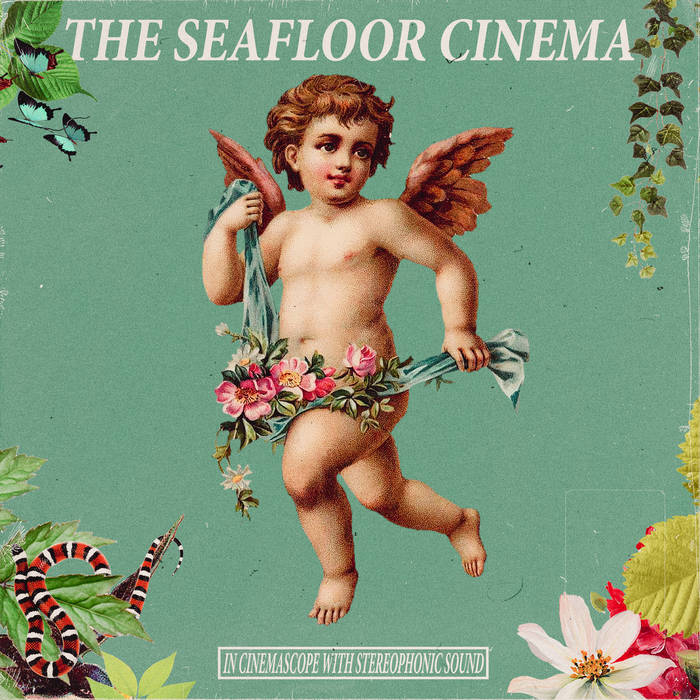 The Seafloor Cinema "In Cinemascope with Stereophonic Sound"

Speaking about the upcoming album, the band says, “we wanted to push ourselves in a new direction by collaborating on an album that quintessentially merged the SEAFLOOR sound with the accessible pop sensibilities our producer Courtney Ballard is known for. We had a lot of fun, and that’s what we feel the album offers sonically – pure fun. Everyone in the band is inspired by starkly contrasting styles of music that range from, emo, post-hardcore, mathrock, pop-punk, EDM, and hyperpop – and we used that to meld genres into a visceral sound that we can only describe as Turbo Emo. We wanted to put out an over the top album that absolutely nobody would have expected to come from a band with humble mathrock beginnings such as us, but at the same time be pleasantly surprised with how fresh the entire experience is from start to finish.”