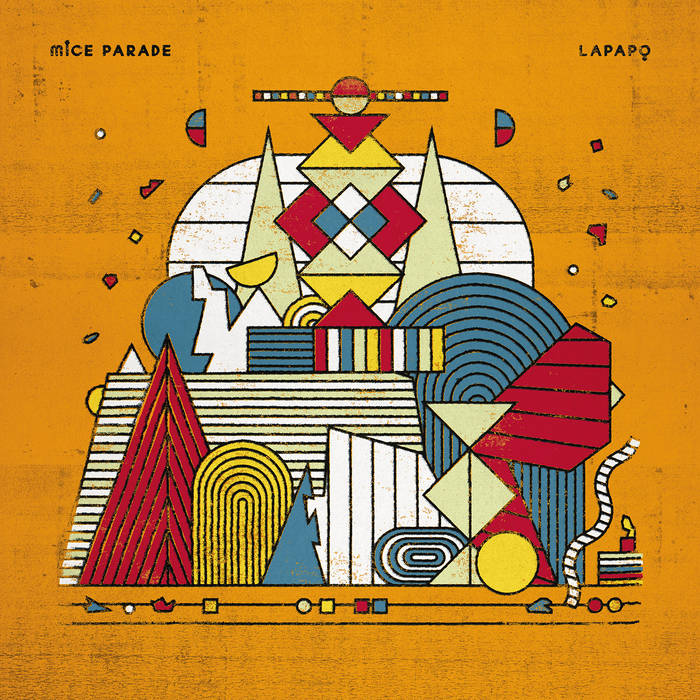 Mice Parade returns from a decade of silence to release lapapọ, an album that spans the many styles of their storied career, and features guest singer appearances by Angel Deradoorian (Dirty Projectors) and Arone Dyer (Buke & Gase). The rock is louder; the West-African-inspired highlife breaks are chubbier; the dueling drumkits are more complex, the instrumental passages more serene. What started as a home recording project in the late 90s soon morphed into a formidable and completely unique live band of incredible musicians from around the globe, all live-mixed and effected by legendary UK engineer Brandon Knights (aka Dub Warrior), the longtime sound engineer for Lee Scratch Perry, Soul II Soul, Gladiators and others.

After 9 albums and nearly 15 years years of worldwide touring, including festivals across the UK, Iceland, mainland Europe, Turkey and Japan, and supporting Stereolab across the US, Mice Parade fans can finally hear some new music, and the live band hopes to safely reunite later this year.

Throughout it all, Adam has mostly recorded with same ethos: allowing only one take for each track, forcing him to either leave in mistakes or address them with mutes or distractions, and embracing the Bob Ross concept of ‘happy accidents.’

This was a strict rule for the first several albums, and while he eventually became less strict about it, it’s still a goal that is achieved more often than not. Perfection is not the goal – indeed, there should be no such thing in music. Most songs are not even written before pressing the record button, but instead are built piece by piece in improvised fashion.

lapapọ is a Yoruba word meaning something akin to “totally” or “altogether.” A worldwide tour was in place around the album’s intended release, only to be cancelled upon the initial Covid lockdowns. Now it will finally see a release. it’s a record that’s worth the wait.