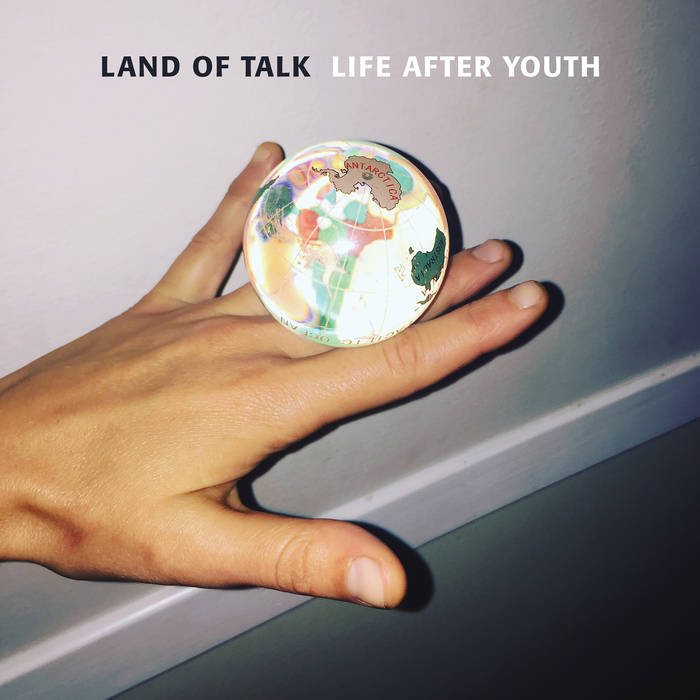 Land Of Talk "Life After Youth"

It has been 7 years since Land Of Talk released their last album, 2010’s Cloak and Cipher. What was planned as a break consisting of months turned into (as it so often does) years for bandleader Elizabeth Powell. A hard-drive full of demos crashed, post-tour fatigue, and taking care of her father after a stroke in 2013. It all added up to what could be described, at best, as a rough patch. While caring for her father, however, she turned to the therapeutic effects of classical and ambient music. So when she got back into the studio, she didn’t write the songs on guitar, but rather built synth loops to form songs around. Sure, this is no Eno-aping record (though you will find contributions from Roxy Music bassist Sal Maida, as well as Sharon Van Etten), but rather rock tunes that exist somewhere between waking and dreaming. Hazy, therapeutic tunes that helped Elizabeth through her hardest times are here to help you do the same. Check out “Heartcore.”