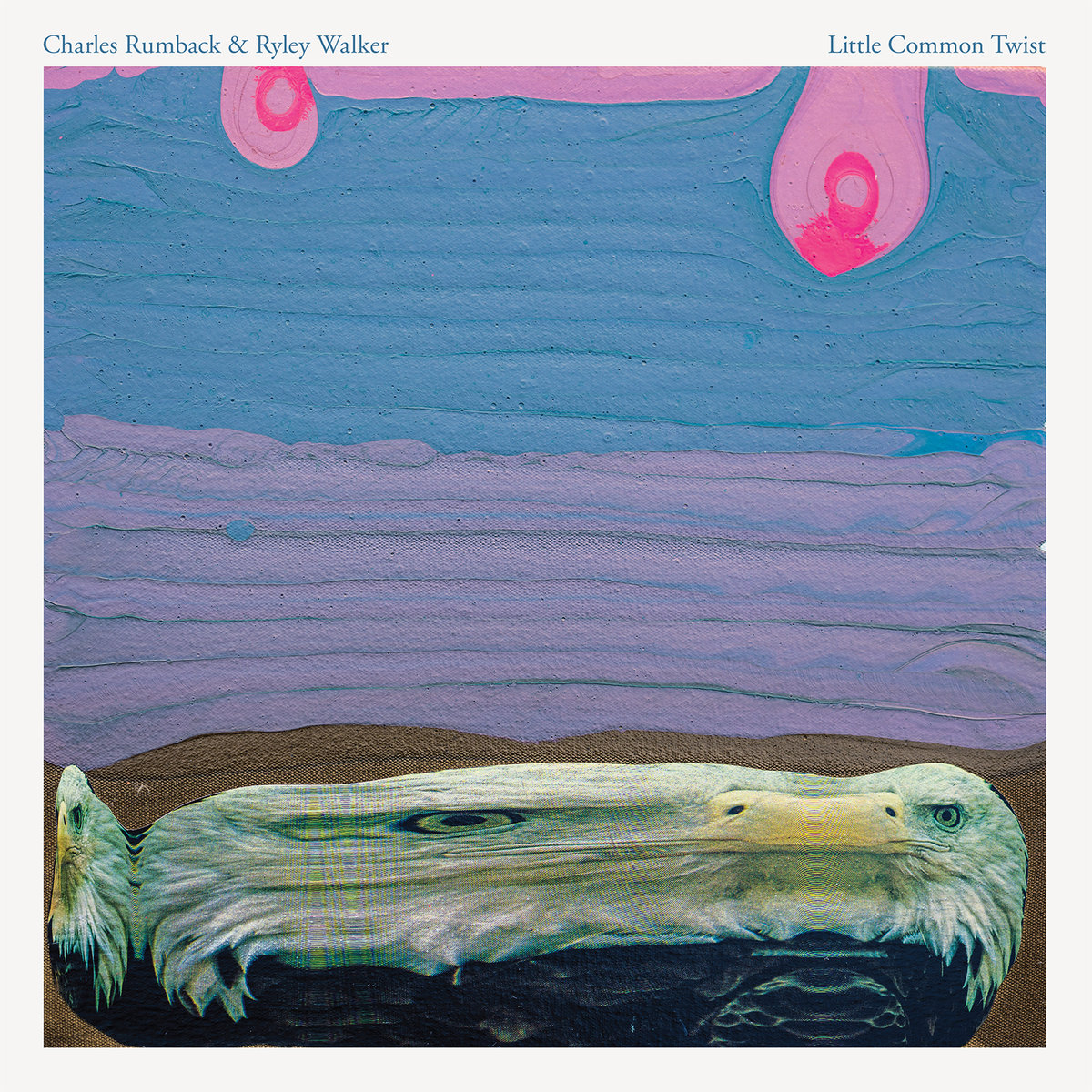 Charles Rumback and Ryley Walker are both known for their creativity and curious spirits. Rumback is a drummer in high demand in Chicago’s free-jazz circles, and a pillar of the second wave of improvisers in a scene first shaped by the legendary players like Sun Ra and the AACM. Walker draws deeply on other distinctly American styles, bringing a strong sense of folk tradition to his playing that is as arresting as his freewheeling performance style. Walker’s musical explorations are not limited to his own songwriting: the guitarist regularly collaborates in Chicago and now New York with innovators of every genre. Together, Rumback and Walker find common ground in their kinetic, intuitive playing and yearning creative outlook. Little Common Twist, their sophomore release as a duo, finds both players at their most adventurous. It compiles instrumental pieces that convey a striking range of emotions, at once introspective and expansive, with a delicate interplay that delights as they move with ease across a spectrum of styles. The recording has a pastoral quality that recalls Van Morrison’s classic album Veedon Fleece, and captures a remarkably dexterous performance by both Charles and Ryley that make this album so expansive and fresh.

Check out the jazzy, acoustic wonder of instrumental gem “Half Joking.”