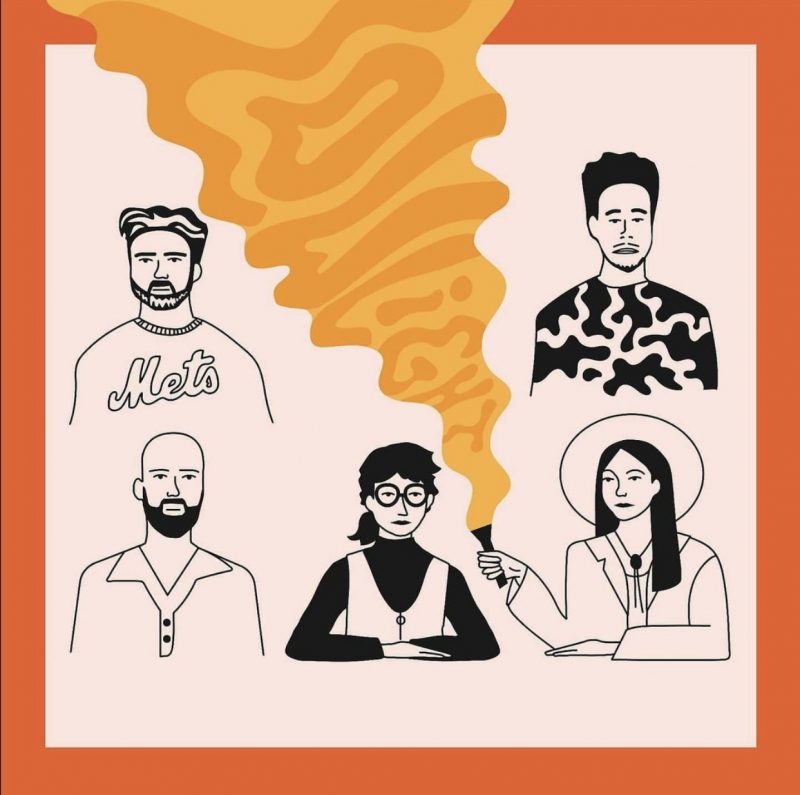 Lowlight’s most recent show was Feb 28th 2020, at The Saint in Asbury Park, NJ. As always, it was a great time full of friends and music. We ended up canceling our next show in Brooklyn. Like many, our lives had changed practically overnight. Just when we were getting the littlest bit of traction, it was a major blow. It became clear that If we were going to push this band forward, we needed to make a sharp left turn.

I remember talking to Rey (bass, MPC) over the phone, and he was told me, “I have this thing I’ve been working on… I’m not sure if it’s ‘on-brand’, but I’ll send it anyway…” That thing was later dubbed “Quarantino”—a convenient mashup of Tarantino the circumstance we were in. We had always written songs in rehearsal, but in the spirit of experimentation, we started tracking remotely over Rey’s foundation of drums, samples, and bass. Renee (vocal, guitar) was living with us at the time. We sat on zoom meetings by day and nights were spent working our way through the song… keys, guitars, lyrics/vocals. Five distinct sections emerged, and we began treating them as such, giving each movement its own unique character. Inspiration got thrown around… Tom Waits, Roxy Music, J Dilla, Bernie Worrell… a somewhat disjointed cluster of influences. This was definitely our “let’s do that thing we always wanted to try” –song. Multi-gong percussion, mega-arpeggiator synth for no reason, 808s, what we felt (at the time) was an indulgent Gilmore guitar riff… all in the name of art and not much else, really. Everything felt uncertain, which left us free to do what we wanted, as if we had just started the band and literally had nothing to lose by experimenting.

Through a combination of in-person and remote recording, the song took shape. We planned to release the single on its own, but we were struck by the inspiration we found in this new scenario. Another six songs flew by with the same process. The world was quiet and tense while Lowlight was buzzing with an explosion of new work, huddled in our secluded sanctuary. Our efforts eventually blossomed into a full length album, Strange Light, which will be released on August 13th 2021 with Mint 400 Records.

Living through this pandemic has had it’s strikes and gutters, to say the least. Loved ones were lost, friendships strained, and we were put under stress like none of us have ever experienced before. Through it all, we had to keep creating. It was the only thing that kept us relatively sane. The pandemic no doubt has a huge impact on the sound of the song. Quarantino. A sardonic name for an earnest work. We kept it so in years to come, it’ll be a reminder of everything that was 2020. Many things we’d rather forget, but the growth is indisputable. Quarantino is definitely part of that story.