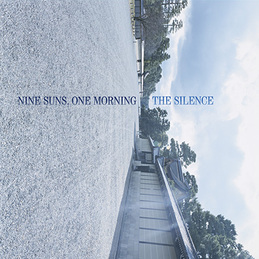 The Silence "Nine Suns, One Morning"

Japan’s The Silence is now three albums into a musical career where the only constant is a constantly changing sound. Nine Suns, One Morning (Drag City) is a jazzy, funky, rock record. Occasional hints of previous psych-folk sounds are here, along with a no wave-esque experimental saxophone-including freak out style that’s blossomed since their last record. It’s as if Morphine and Mr. Bungle formed some sort of supergroup while I was in college and made all of my (at the time) dreams come true. Make all of your dreams come true and check out “Ritual of the Sun (Worm Hole to the Universe).”