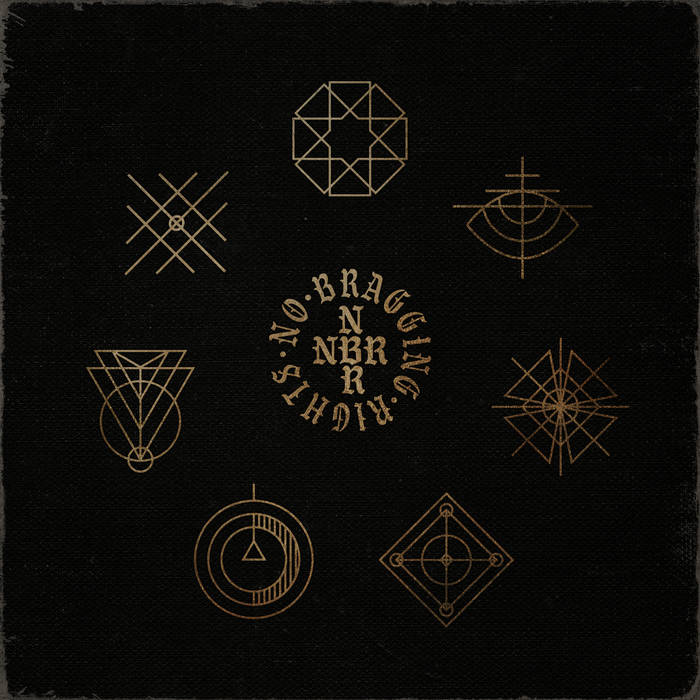 Don’t call it a comeback. After an extended hiatus, California’s No Bragging Rights have returned with their first new music since 2014’s The Concrete Flower. Like that record, this self-titled EP is being released on Pure Noise, which was actually started by Jake Round in order to put out the band’s 2009 album, The Consequence Of Dreams. Now comprised of vocalist Mike Perez, who started the band in 1999, Martin Alcedo (drums/vocals), Daniel Garrow (guitar/vocals) and Anthony ‘Tron’ Laur (guitar), the four-piece produced these seven songs themselves. Recorded between Laur’s home studio and Decade Sound Studio, both in Tacoma, WA, it’s an invigorating blast of melodic hardcore that pays homage to their past while also bringing them into the present.
“Daniel and I would write these songs,” says Laur, who also engineered the record, “and give Mike and Martin blanket ideas – like ‘This one is kind of triumphant but has no resolve to it, so I don’t know what that means to you but you should aim your writing towards that’ to help curate the attitude and personality of each song.”