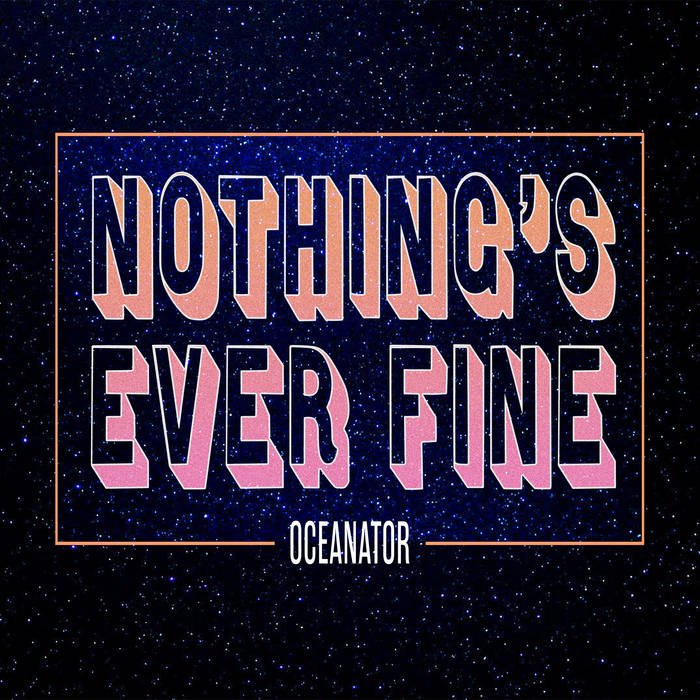 Though Nothing’s Ever Fine’s earliest song dates back to 2014, and several others were written on or after tours in the intervening years, Elise Okusami reconfigured and demoed these songs alone at home between 2019 and 2020. Thanks to the covers recording, live streaming, and documentary scoring she partook in over the past few years, as well as wisdom gained from running the record label Plastic Miracles, Okusami brought a leveled-up ear for production to this album. She also found herself reinvigorated on the guitar, unafraid to tackle some of Oceanator’s most ambitious and masterful playing yet. On the album itself, in addition to performing guitars, synths, bass, keys, and vocals, she serves as co-producer. That role is shared with her brother and longtime bandmate Mike Okusami, as well as her friend Bartees Strange. Working at Falls Church, VA’s 38 North and at Mike’s space in Maryland, the trio eschewed traditional live tracking in favor of recording parts separately as overdubs. They focused on sonic exploration and worldbuilding, dialing in sounds and experimenting with a Wurlitzer, B3, Leslie, and mellotron, among other synths and boutique effects. While the Okusami siblings have decades of collaboration and trust built up between them, which informs Mike’s seamless contributions on bass, drums, and piano, Bartees proved to be a trusted third partner, matching Mike’s excitement on the technical side and working closely with Okusami to find the dream guitar tones she sought—equal parts crystalline and crushing.