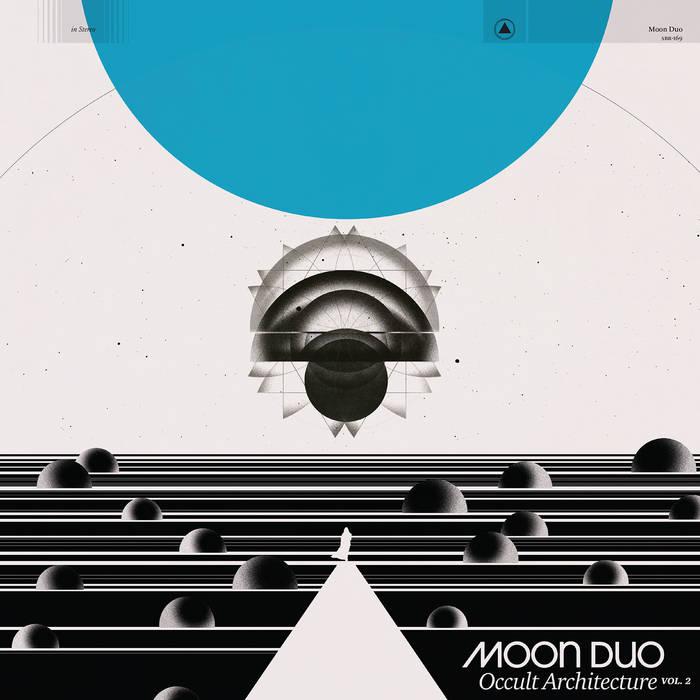 It seems like it was just a few months ago that I was writing about a new Moon Duo album. Oh, right. That’s because I was. Occult Architecture Vol. 1 came to us in February of 2017, and here we are, 3 months later, and Occult Architecture Vol. 2 is already gracing our ears. Is what I said about the first album true for the second album? Let’s see… “Swirling psychedelia mixes with a minor key version of the Dandy Warhols (with all the pop bliss nods intact). Throw in some heady, spaced-out Thurston Moore-esque guitar experimenting, some two part harmony vocals, a little sinister synth work; and if you can figure out a way to stop yourself from nodding along then you are stronger than I am…” Well, sort of. The band considers Vol. 2 the light yang to Vol. 1’s darker Yin. So although most of my adjectives still hold true, this time around the effect is more airy, light. It’s like the last album was a head-y high, and this time around it’s a body high. Check out the driving synths of “Sevens.”