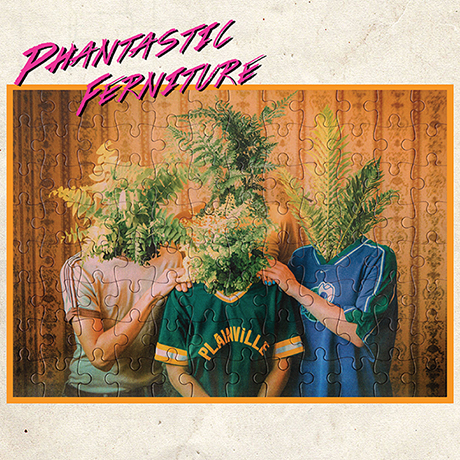 The immensely talented Julia Jacklin is known for her heartfelt, emotional tunes. Being something of a folky, it occurred to her that “ every experience I’d had on stage was playing sad music with a guitar in my hand. I thought, I would love to know what it’s like to make people feel good and dance.” So she got together with her friends Elizabeth Hughes, Ryan K Brennan, and Tom Stephen and formed Phantastic Ferniture. Their self-titled debut is a chance to set-aside their “meticulously crafted solo work” and have some fun. Everyone decided to not play their primary instruments and just have a blast playing some tunes. Now it’s your chance to have a blast listening to their giddy, danceable dream-rock. It’s like Liz Phair, The Breeders, and Elastica finally got together to jam and everyone was having their best day ever. Check out the bouncy “Gap Year.”