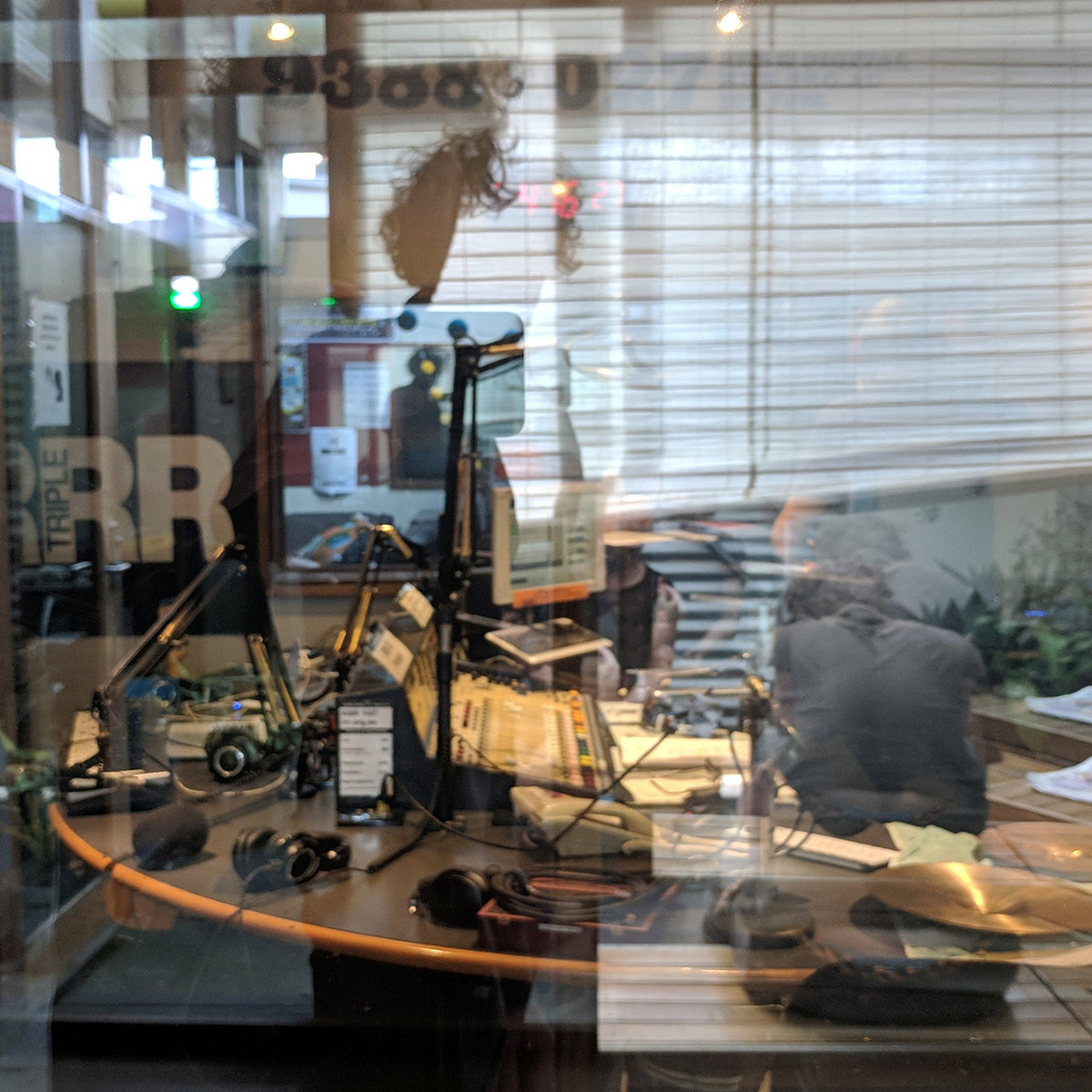 On the back of an Australian tour for their universally acclaimed New Bodies album, and following studio sessions for their forthcoming new album (due September 2020), Tangents dropped into Melbourne’s RRR radio station on a sunny Saturday afternoon for a live on-air session.

With the radio live room unavailable that day, the quintet jammed themselves into the studio room and sprawled their kit across the limited desk space: Peter Hollo’s cello bow poking Adrian Lim-Klumpes in the eye, who in turn bashed at a MIDI piano while pinned against Sia Ahmad and her guitar. A mono mic was loosely poised over Evan Dorrian’s cut-down tabletop kit, cymbals and a snare strewn over available desk space, as Ollie Bown lurked in the only remaining corner of the room, hunched over a laptop with lid half open, trying his best to control the headphone mix whilst triggering clips. Presenter John Bailey cued the band and ducked for cover.

Over 20-some minutes a spontaneous new concoction emerged, its unexpected clashes of timbre and rhythm tangential enough to warrant an official release into the Tangents discography, one that also marks founding member Sia Ahmad’s last recorded session with the group.