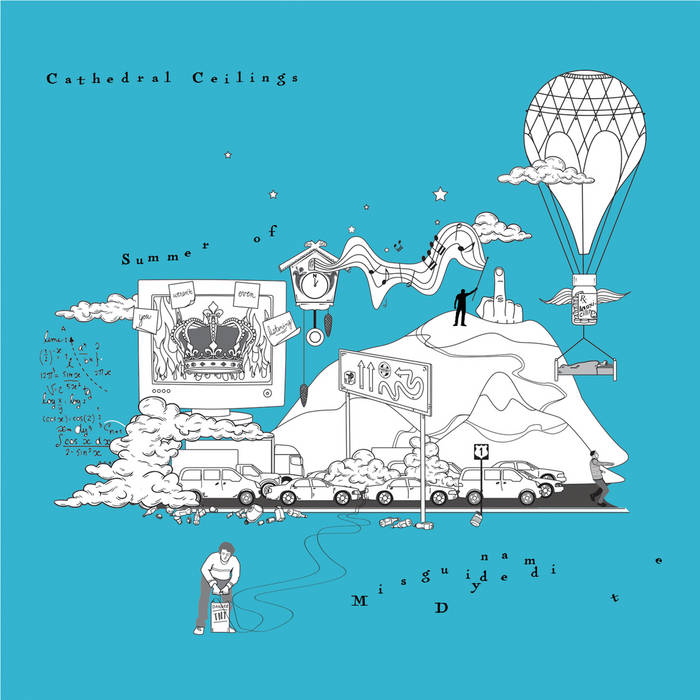 There’s something magical about the way music can make you feel. Certain styles and bands are what I call funk-proof. No matter where my mind, body, or soul are, I am ready and willing to escape into whatever they are willing to provide. Cathedral Ceilings are at the top of that list now due to their excellent (and wonderfully titled) Summer of Misguided Dynamite. They honestly sound like a Jersey punk band trying their hand at DC post-hardcore and California pop-punk at the same time, which makes for a record overflowing with great hooks and guitarwork. It also helps immensely that Summer of Misguided Dynamite feels like a band of best friends having one or two (too many) and shooting the shit about the state of the world.

Ralphie Malanga guitarist and vocalist expands on that notion:

“I think you can make an argument that almost every record is a plea to stay sane in crazy times! Priorities have definitely changed in my life, and I’m sure in (the rest of the bands’) lives as well. None of us are in our 20s or 30s anymore. Those problems seem trivial now. There are a couple of politically themed songs on this record, but it was impossible not to get political, as the January 6 insurrection was happening when I was writing the lyrics. At the same time, the whimsical nature of rock ‘n’ roll took its course, balancing out any heavy lamenting with self-deprecation and silly word stew. Turn on, tune in, drop out. Veni,vidi,vici. I got 99 problems, but the band’s not one.”