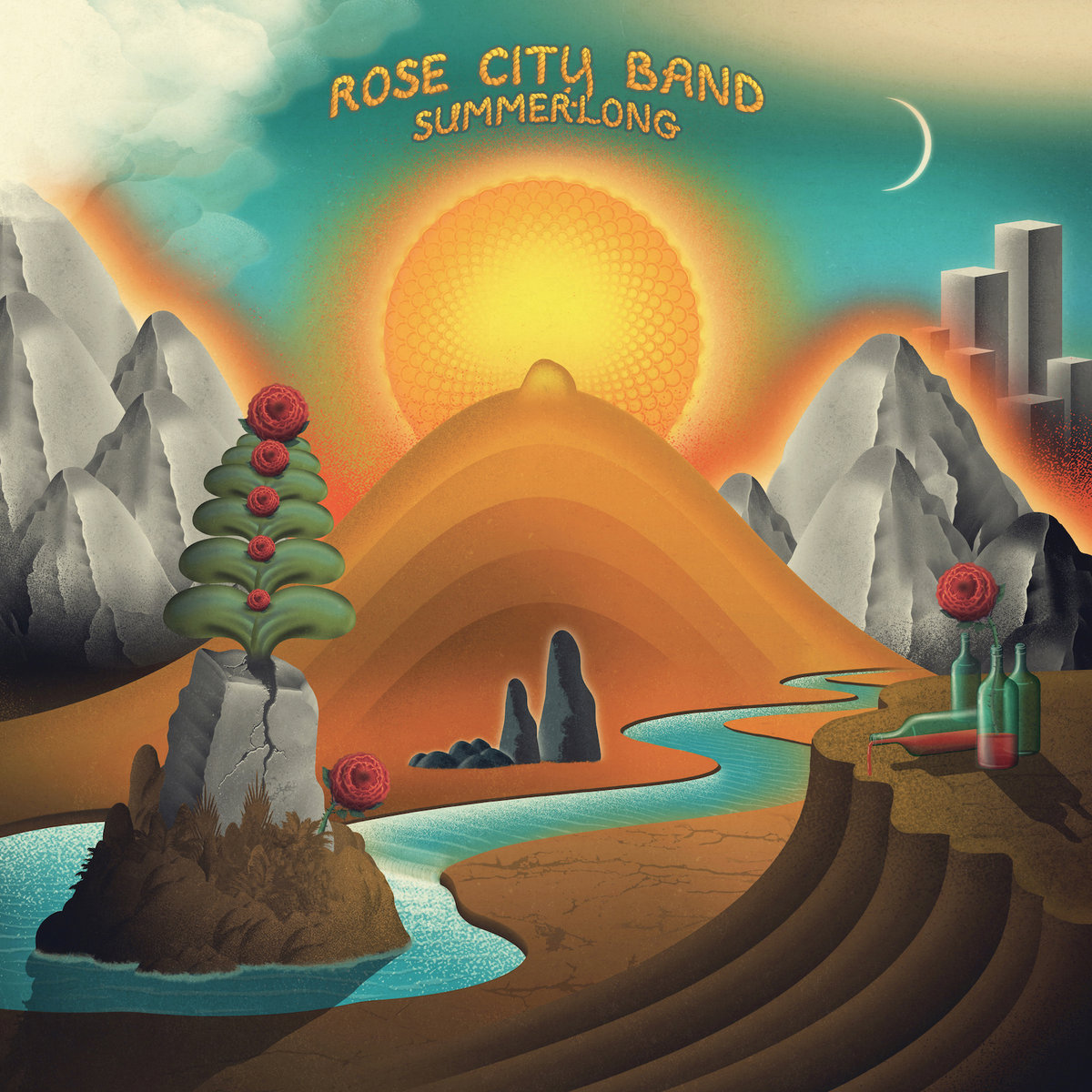 Rose City Band started purely as a recording project, with Johnson’s role mostly obscured for the self-titled debut album. Released with no promotion, in the style of private press records, it was a liberating act, a focus on music without any expectations. Explaining it with a chuckle, Johnson elaborates, “I always would threaten to my friends that I’m gonna start a country rock band so I can retire and just play down at the pub every Thursday night during happy hour. I love being able to tour and travel, but I also like the idea of having a local band … more of a social music experience.” Freedom from expectation and obligation gave Johnson the space to experiment with new instrumentation and arrangements. The introduction of lap steel, mandolin, and jaw harp enhance Johnson’s lean guitar work with radiant overtones, placing Summerlong more overtly within the country tradition than its predecessor. Work on the album began at Johnson’s home studio in Portland during the summer, but, interrupted by touring, it would not be finished until the winter season. The dark isolation of winter and the pining for summer’s easier days can be felt in the album’s few quieter moments. Summerlong was mixed by John McEntire (Stereolab, Broken Social Scene, Tortoise) at his newly minted Portland Soma Studios and mastered by Amy Dragon at Telegraph Mastering, also based in Portland.