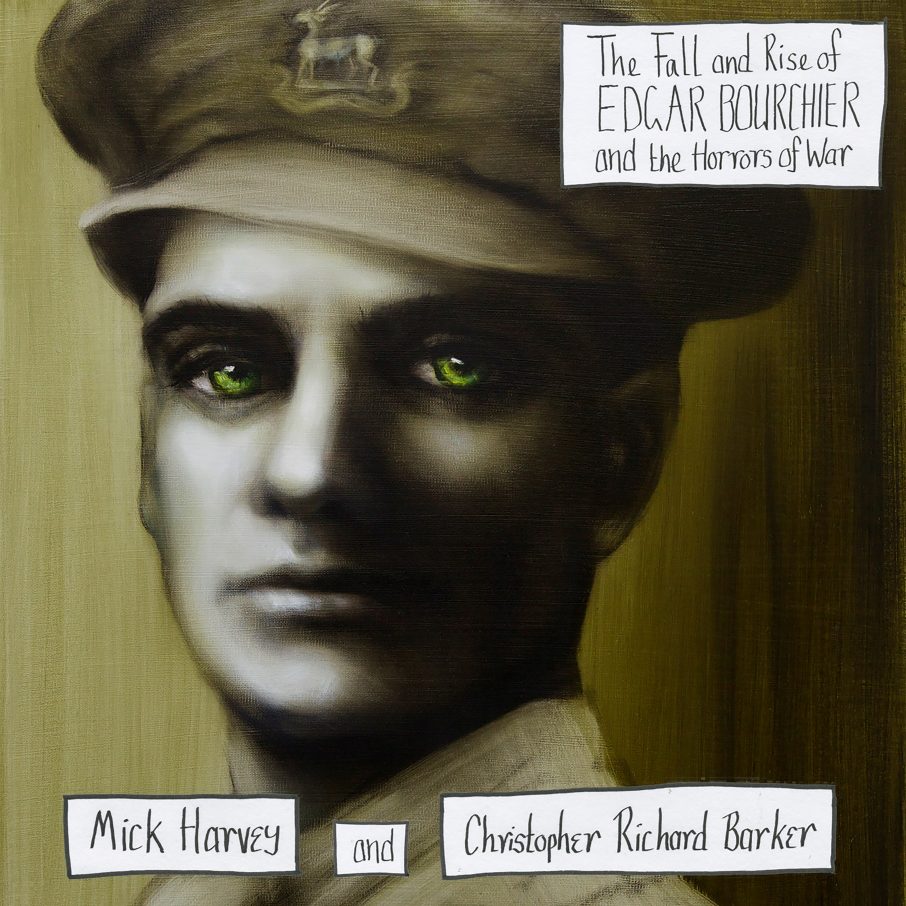 As far as concept albums go, The Fall And Rise Of Edgar Bourchier (Mute) from Mick Harvey & Christopher Richard Barker puts the artistic layers of House Of Leaves to shame (yes, I know I’m mixing my metaphors – books and albums – but bare with me). The story goes that Christopher Richard Barker has been writing poems as a fictional WWI poet named Edgar Bourchier. Also, this fictitious poet also has a backstory (killed by a tank at 24, his front line poems printed posthumously). He then asked Mick if he’d like to team up with him to record songs based on these poems. I can only assume Mick said yes, because here we are! The genres are all over the place, the only constant the concept of the WWI poetry. From era-appropriate folk songs to “Poor Poor Surgeon Tim,” a song that would sound right at home on The Who’s Tommy (assuming Tommy was about WWI). Check out the first single from the record, the guitar line trading “Lost Bastard Son Of War.”