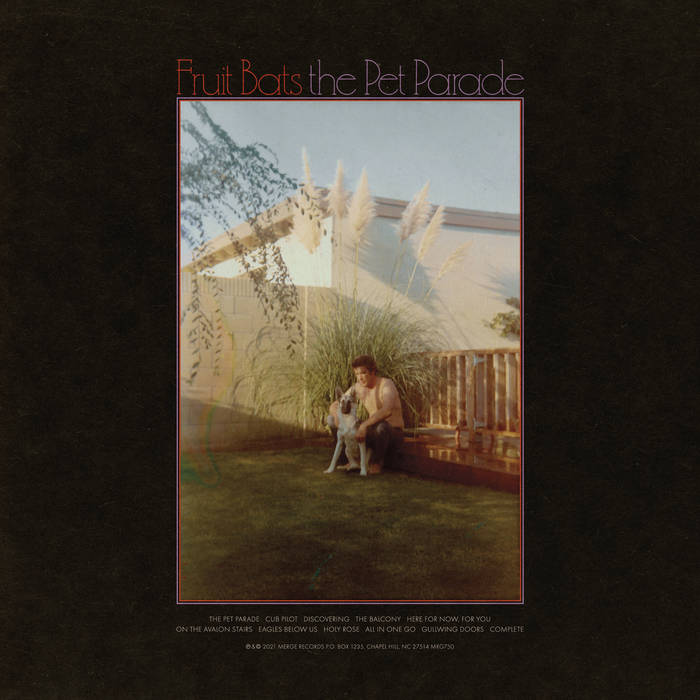 The Pet Parade marks a milestone for Johnson, who celebrates 20 years of Fruit Bats in 2021. In some ways still a cult band, in other ways a time-tested act, Fruit Bats has consistently earned enough small victories to carve out a career in a notoriously fickle scene.

While many of the songs on The Pet Parade were actually written before the pandemic, it’s impossible to disassociate the record from the times. As an example, producer Josh Kaufman (The Hold Steady, Bob Weir, The National, and Bonny Light Horseman, in which he plays with Johnson and Anaïs Mitchell) was brought in for his deep emotional touch and bandleading abilities. However, Johnson, Kaufman, and the other musicians on The Pet Parade—drummers Joe Russo and Matt Barrick (The Walkmen, Fleet Foxes, Muzz), singer-songwriter Johanna Samuels, pianist Thomas Bartlett (Nico Muhly, Sufjan Stevens), and fiddler Jim Becker (Califone, Iron & Wine)—were forced to self-record their parts in bedrooms and home studios across America.