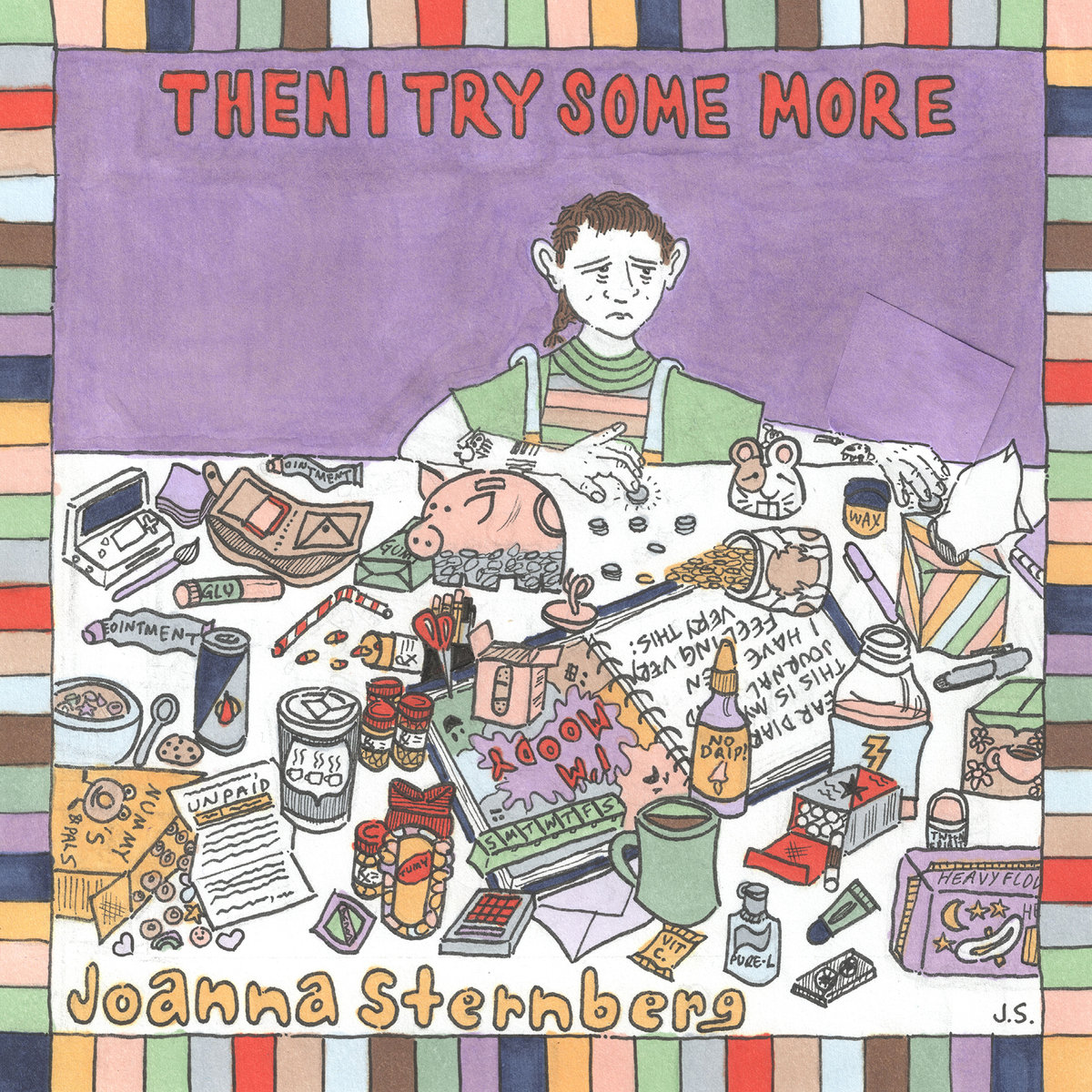 Joanna Sternberg "Then I Try Some More (Team Love)"

Then I Try Some More (Team Love) from NYC musician/artist Joanna Sternberg is an album that’s easy to love, and hard to describe. Joanna started out as a young’un playing piano, then moved on to double bass during high school college. But that’s not all they were up to. Joanna also spent much time working on their visual art. Maybe that’s why the tunes here are so colorful? Most songs feature Joanna’s distinct vocal delivery accompanied by a sparse arrangement. The songs are somehow a mixture of folk music, classical, children’s music, ‘60s pop, ‘30s pop, and tons of other influences. The result is absolutely enchanting, with a McCartney-esque ability to simplify lots of different genres down to their basics while always sounding like themselves. Check out standout track “Step Away.”