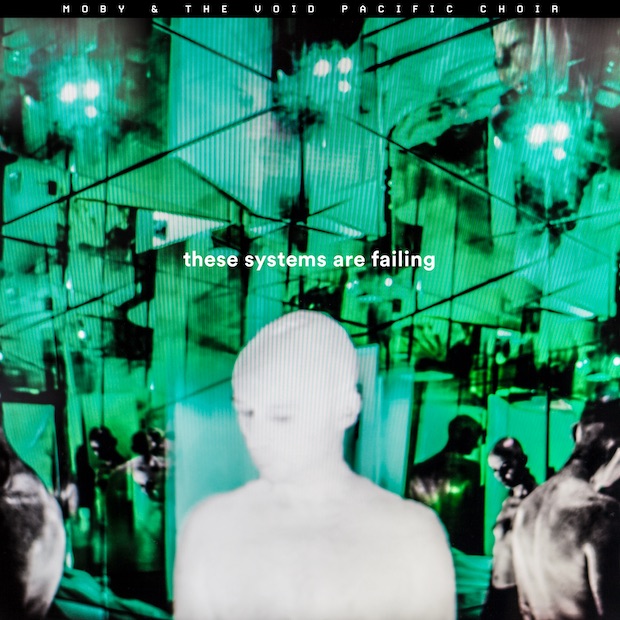 Moby & the Void Pacific Choir "These Systems Are Failing"

Moby is mad as hell, and he’s not gonna take it anymore. These Systems Are Failing (Mute), the debut album from Moby & The Void Pacific Choir, is an overtly political album. The sound of it is a bit of a throwback to his early days with Ultra Vivid Scene and Vatican Commandos, or his late ‘90s alt-record Animal Rights. It would appear that when the going gets tough, Moby turns to hardcore to soothe his savage beast (right there with ya buddy). This time around though, he has added in elements of the electronica he is most famous for. Actual guitars, keyboards; pulsing and distorted, this is the danceable (or at least thrashable) sound of Moby’s disillusionment. Can you blame him? Misery loves company, so check out the Joy Division meets Atari Teenage Riot sounds of “The Light Is Clear In My Eyes.”