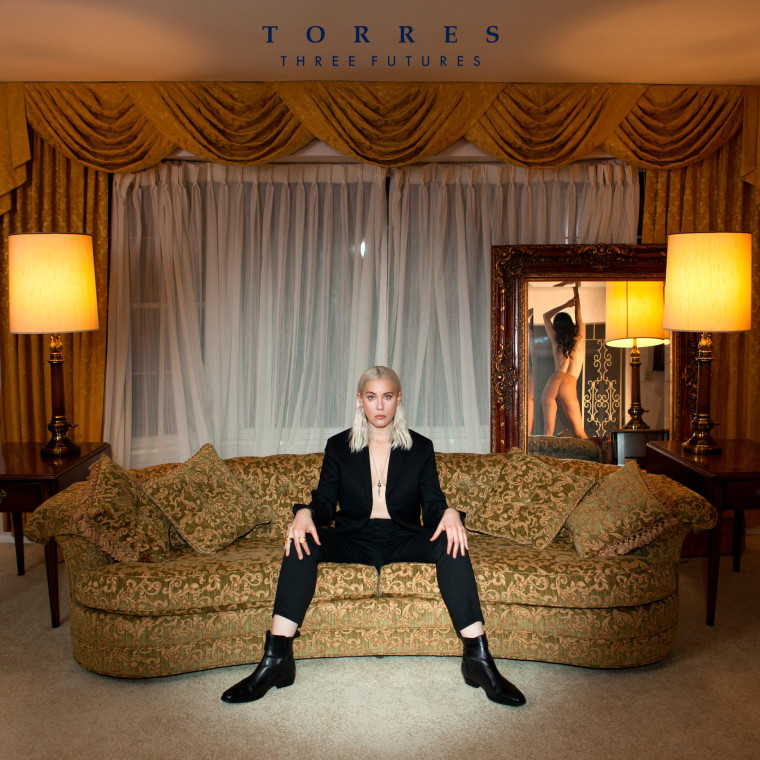 Bank Robber Music was very excited to be able to announce the signing of Torres to the fold before the release of her otherworldly new LP Three Futures (4AD). Her singular combination of stark instrumentation and frank vocals had already beguiled us from the other side of the contract, and we couldn’t be more thrilled to love her music and not just wish upon wishes from the sidelines that she was part of the BRM family. If you’ve been a fan of her past albums (and judging from all the “hey, do you guys work Torres?” emails we have received in the past, I would say there are many of you) then you know what to expect. Experimental like David Byrne or Laurie Anderson, but with a modern slant, this is pop music for smart people. Check out the first single “Three Futures.”