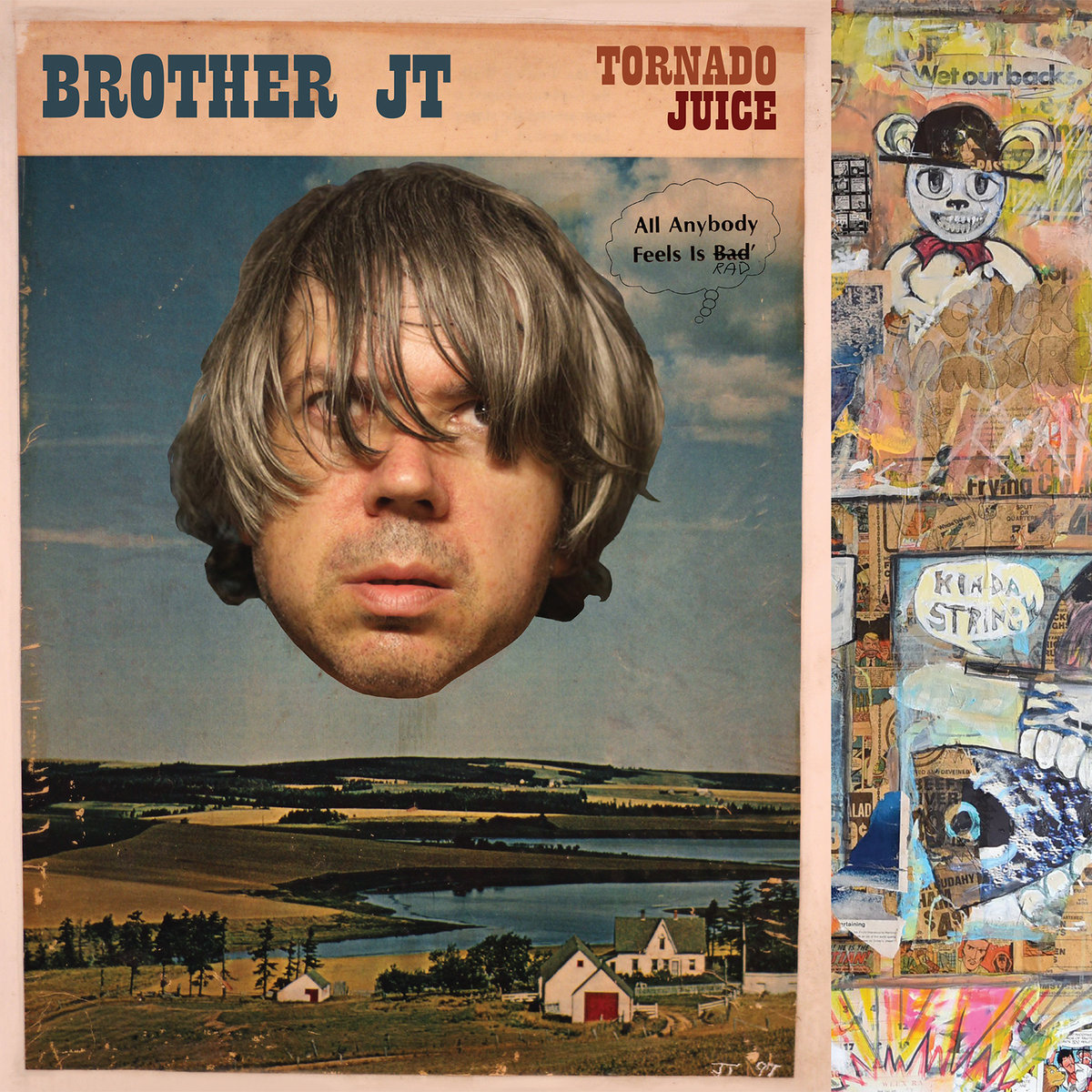 Brother JT, he of The Original Sins, he of the internet show Tripping Balls (and yes, it’s exactly what you think it is) is back with a new BroJT album. Tornado Juice (Thrill Jockey), is the latest collection of tunes, but not made in his normal way. Generally, John Terlesky likes to record by himself in the band’s practice space, but this time he actually recorded in a studio. Ray Ketchem, who recorded The Original Sins’ classic album Bethlehem in 1996 just opened a studio on Jersey, so he knew it was time to step out of his comfort zone and into another comfort zone, the studio of a friend. After those sessions, he took the tracks home and took a bunch of LSD and overdubbed to his hearts content. The results are a strange mix of garage rock, ‘60s psych, modern references, talk of food, talk of drugs, and more distortion than a Guitar Center on a Saturday afternoon. None of it taken too seriously, but all of it great. Tune in and check out “Baked Alaska.”