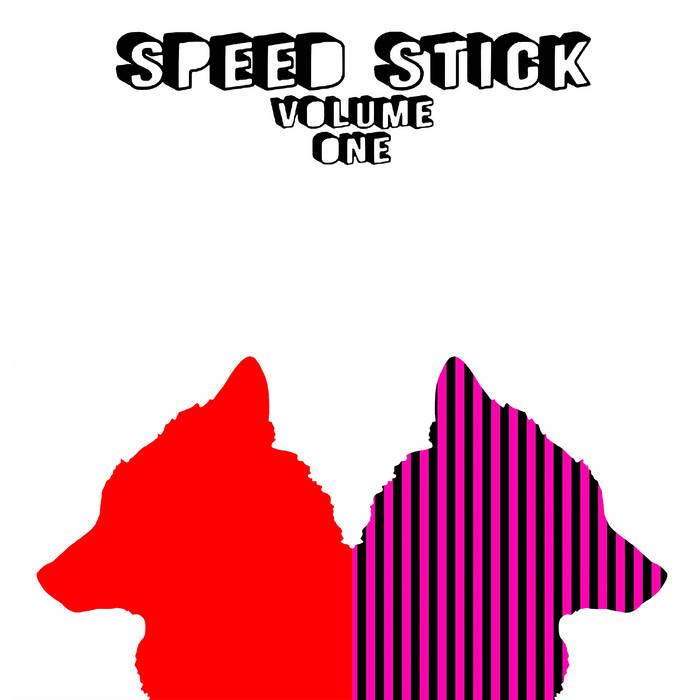 The Carrboro, NC supergroup Speed Stick is an ever-evolving project among a group of friends—Ash Bowie (Polvo), Charles Chace (The Paul Swest), Laura King (Bat Fangs), and Thomas Simpson (The Love Language)—whose musical achievements reach back as far as the 1990s. But as its live shows attest, the band does not want to rehearse old accomplishments. On stage, Speed Stick wants to shatter epochs. Step into a world of thunder where lighting strikes rewire nervous systems. Ride waves with peaks that precede disquieting calms. Float in spaces where dark and light collide to set blood afire. To participate in a Speed Stick show is to enter a space of bodily and psychological endurance. Off-kilter guitar riffs shadow the raging intensity of drums; blistering drum beats dance to the feedback of guitars.

The songs for Volume One were created in unusual fashion over the course of a year. Initially, Speed Stick only consisted of two drummers. They distributed nine studio tracks and a single live track to select musicians. The musicians’ task was simple: draw inspiration from the beats in order to create music that spreads laterally and horizontally like a rhizome. Indeed, Volume One has utterly discarded the yoke of genre by instead tethering intricate, interlocking drums to myriad creative personalities: Mac McCaughan (Superchunk), Kelley Deal (The Breeders, R. Ring), Mike Montgomery (R. Ring), Stuart McLamb (The Love Language). But no one can stop with just the album. Your ears will yearn to see the shapes of sound and your eyes will beg to taste color. For what Volume One heralds is that the supergroup Speed Stick is the super show of shows.