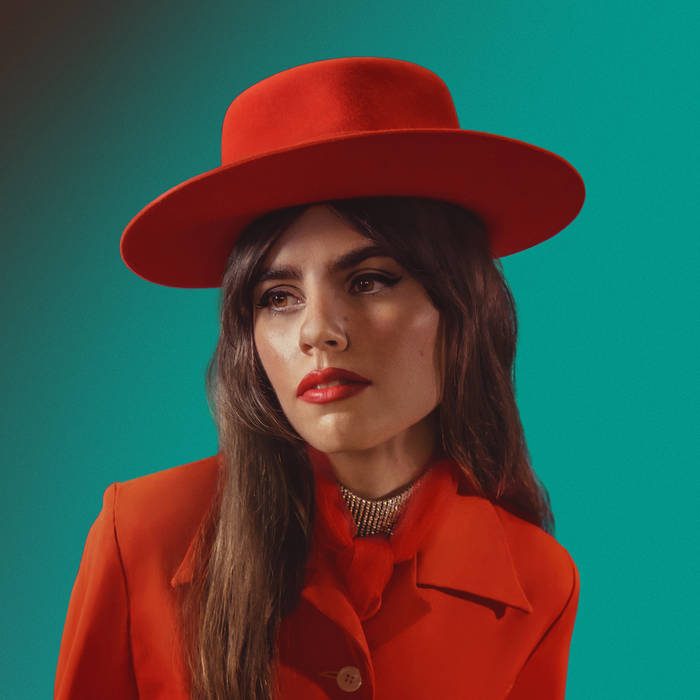 Listening to the record, it should come as no surprise that ‘Revolver’-era Beatles, The Mamas & The Papas, The Zombies and Jefferson Airplane were all at the forefront of her mind while recording. “Radical messages need a raw and vibrant backdrop to pop,” she says, and she’s kept her trademark sunshine-filled sound that fits her Los Angeles dwelling, but with bigger, stirring choruses. It’s a testament to English’s writing style and ear for a hook that she won’t make anything that she couldn’t play stripped back to its bones, refusing to rely on production to carry a song. Standouts like the infectious ‘Off My Mind’ and ‘Like A Drug’, with its swirling hypnosis, find English’s songcraft at its most accomplished.

Lead single ‘Shaking’ wears its ‘60s psych influences on its paisley patterned sleeve. Written by Hazel and frequent collaborator Blake Stranathan (Lana Del Rey), it was a painstaking effort: “I just couldn’t rest until I had gotten it to a place where it felt like I could sleep at night. And I’m really glad I did,” she says. Tackling themes of power, lust, manipulation, pleasure, and control, its Erin S. Murray-directed video strikes right at the heart of this idea, finding English as the charismatic ringleader of her own Manson-esque cult, manipulating her subjects in a babydoll dress and beehive hairstyle. “It presents the promise of a spiritual awakening as a kind of seduction,” she says.

Check out the aforementioned “Shaking.”